Calmness in the oil markets awaiting the “OPEC Plus” meeting 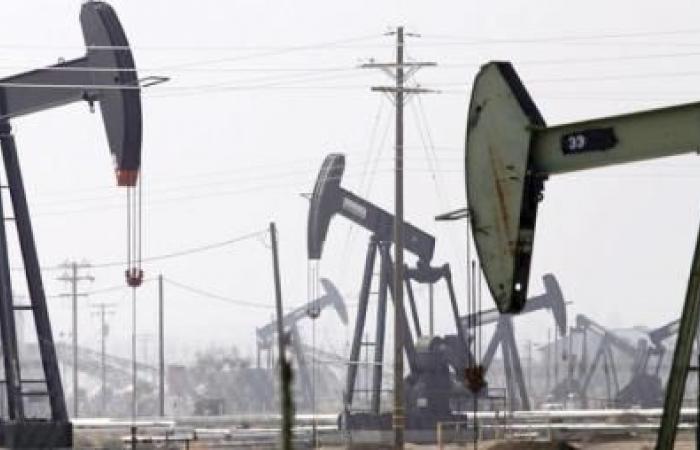 Brent crude futures fell slightly, on Friday, after a three-day rise, in weak trading, during the Christmas holidays, but crude is still heading towards recording weekly gains, while the market focuses on the next steps of the “OPEC +” group. The effect of the mutant “Omicron”.
By 10:30 GMT, Brent crude futures fell 80 cents, or 1.04 percent, to $ 76.05 a barrel, after rising 2.1 percent in the previous session. Crude is still about to register a weekly increase of about four percent. Markets in the United States were closed Friday for the Christmas holiday.
Oil prices rebounded this week, as concerns receded about the impact of the highly contagious “Omicron” mutant on the global economy, as preliminary data indicated that it causes milder symptoms.
The “OPEC +” bloc, which includes the Organization of Petroleum Exporting Countries (OPEC) and its allies, will meet on the fourth of next January. Chiyuki Chen, chief analyst at Sunward Trading, said the group is likely to maintain its decision to increase oil supplies by 400,000 barrels per day at its next meeting, as long as oil prices remain above $70 a barrel.
However, some investors remained cautious due to the increase in infections with the “Omicron” mutant.
Infections with the “Corona” virus increased significantly in the areas of the mutated spread, which prompted many countries to impose new restrictions, including Italy and Greece, with a record number of new infections being monitored.
Meanwhile, Russian Deputy Prime Minister Alexander Novak said on Friday that Russia believes that oil prices are unlikely to change much, next year, with demand recovering to pre-Corona pandemic levels by the end of 2022.
Novak told state television that Moscow plans to produce between 540 and 550 million tons of oil next year, expecting an increase in production by the end of 2021, by 2.1 percent, or about 524 million tons.
Novak added that, according to expectations, demand will continue to recover. “For Russia, we expect demand in May to reach a pre-deflationary level,” he said. He also predicted the stability of oil prices at the level of 75 dollars a barrel, during the next year.
In addition, American energy companies increased the number of oil and gas rigs for the third week in a row, with the continued increase in energy demand, after the Corona virus destroyed demand last year.
Baker Hughes Energy Services said in its report Thursday evening that the number of oil and gas rigs, which is an early indicator of future production, increased seven to 586 during the week ending December 23, marking its highest level since April 2020.
The report was released a day earlier than originally scheduled, due to the Christmas holiday. Although the rig count has been rising for 16 months in a row, analysts noted that oil production is still expected to decline in 2021, as energy companies continue to focus more on returning funds to investors, rather than increasing production. The number of operating US oil rigs increased by five to 480 rigs this week, while the number of gas rigs increased by two to 106 rigs.

These were the details of the news Calmness in the oil markets awaiting the “OPEC Plus” meeting for this day. We hope that we have succeeded by giving you the full details and information. To follow all our news, you can subscribe to the alerts system or to one of our different systems to provide you with all that is new.