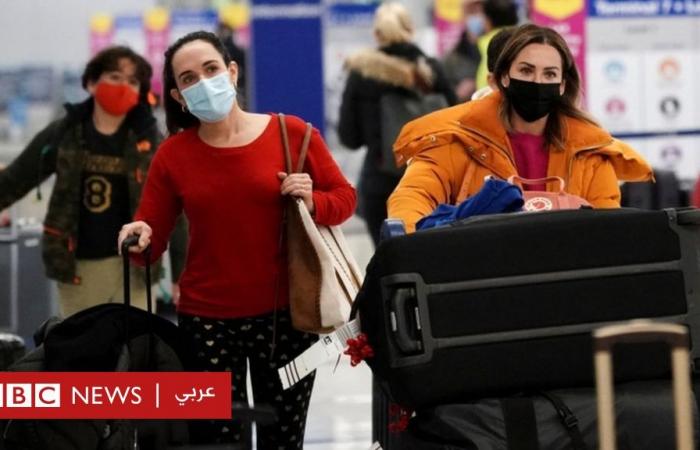 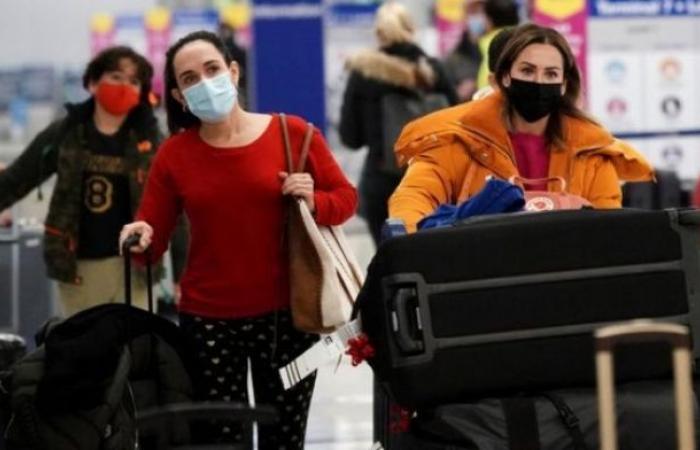 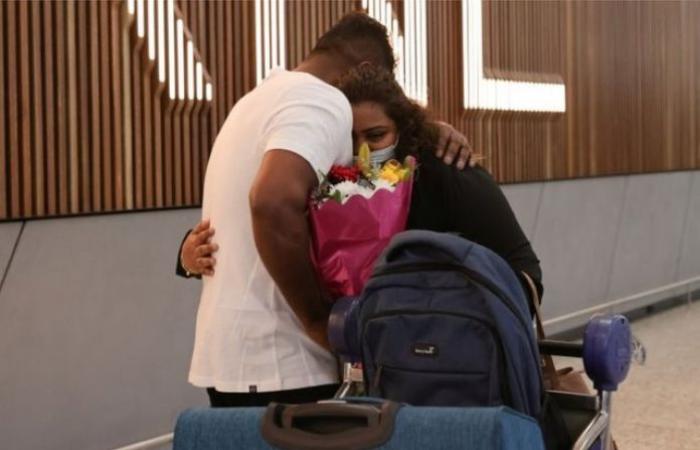 Millions of people around the world are facing travel disruptions and increased Covid restrictions over Christmas, after the widespread spread of the omicron mutant caused safety restrictions and flight cancellations.

And Italy, Spain and Greece decided to make the wearing of masks mandatory again, even in open spaces.

Catalonia, in northern Spain, imposed an all-night curfew, while the Netherlands imposed a strict lockdown.

Despite early findings that Omicron’s symptoms are less severe than other variants, scientists are concerned about the high number of cases.

A record number of infections were recorded in the United Kingdom, France and Italy on Thursday.

In the United States, daily omicron cases have soared beyond the peak of the last delta wave, and hospitals are filling up across the country.

And Americas top infectious disease expert, Dr. Anthony Fauci, warned earlier this week that Christmas travel would increase the spread of the new variant even among those fully vaccinated.

On Christmas Eve Friday, US airlines said they were already experiencing staff shortages with some contracting Covid and others being forced to self-isolate.

Hundreds of flights were canceled in the USA today, according to flight website FlightAware.

Meanwhile, the White House confirmed that the United States will lift travel restrictions currently in place on eight African countries due to concerns about the Omicron variable on December 31.

Also in Australia, thousands of Christmas-related flights were affected on Friday, with more than 100 domestic flights canceled from Sydney and Melbourne to other cities.

A spokesperson for Jetstar, which was responsible for many of the cancellations, said the airline “provided the vast majority of affected passengers with alternative flights with a time lag of no more than a few hours from the original departure time so that they could reach their destination in time for Christmas.” “.

Despite the travel turmoil, many Australians are celebrating being able to travel interstate during the holiday for the first time in two years.

This comes after Australia said it would reduce the waiting time between the second dose of the vaccine and the third booster dose to four months, starting on January 4, for those over 18 years old. At the end of the month, the gap will be reduced to three months.

South Korea, Thailand and the United Kingdom reduced the time between doses to three months in December.

And in the UK, where a rail strike is expected to disrupt rail travel on Christmas Eve and New Year’s Eve, Prime Minister Boris Johnson in his Christmas message urged residents to get a vaccine booster in line with the festive “neighbourhood spirit”.

“Although the gift-buying time is theoretically running out, there is still one wonderful thing you can give your family and the whole country, and that is getting this vaccine, whether it’s a first or second time, or a booster,” he said.

Johnson has ruled out imposing new restrictions on England before Christmas Day, but Scotland, Wales and Northern Ireland have all announced restrictions on social mixing.

Several European countries are preparing to impose restrictions immediately after the holiday period, including Germany, which will limit private gatherings to 10 people and will close nightclubs from December 28. Football matches will also be played without an audience.

Portugal ordered the closure of bars and nightclubs from December 26, and made working from home mandatory from that date until January 9.

According to Johns Hopkins figures, more than 5.3 million people have died from the Corona virus worldwide. More than 278 million cases of the virus have been confirmed.

Bethlehem, which Christians believe is the birthplace of Jesus, will once again host midnight mass without the thousands of pilgrims who had gathered there before the pandemic.

Pope Francis is still expected to perform a midnight mass on Christmas Eve from St Peter’s Basilica – in addition to the traditional papal blessing on Christmas Day.

These were the details of the news Corona Virus: Large numbers of flights canceled during the Christmas holidays... for this day. We hope that we have succeeded by giving you the full details and information. To follow all our news, you can subscribe to the alerts system or to one of our different systems to provide you with all that is new.