China “crosses the red lines” in the region… and Washington’s options... 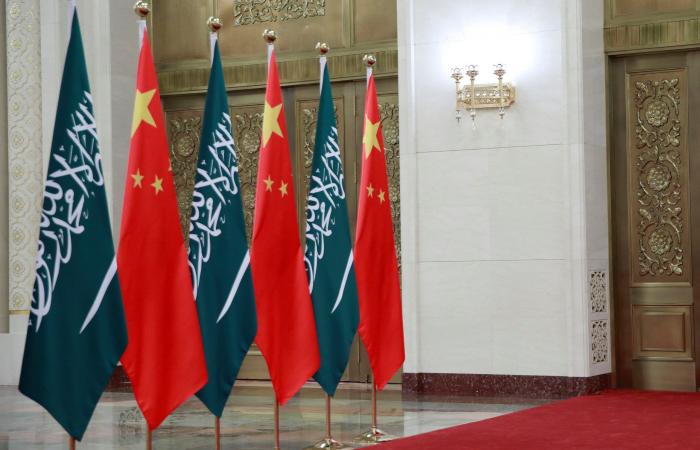 Reports reveal a feverish activity of China in the Gulf states, the most recent of which were reports of its assistance to Saudi Arabia in the manufacture of ballistic missiles, and before that it was building a military facility in a port in the UAE.

Reports show that China is looking for a foothold in the Gulf, which reflects the reality of competition and challenges facing the US administration from China worldwide, according to a previous analysis of the newspaper. The Wall Street Journal.

According to a report published by the network,CNNOn Thursday, satellite images and US intelligence assessments revealed that Saudi Arabia “built facilities to manufacture ballistic missiles with the help of China.”

The network said in a lengthy report that “American intelligence agencies have assessed that Saudi Arabia is now actively working on the manufacture of its ballistic missiles with the help of China.”

The network quoted three sources familiar with the latest intelligence as saying that “it is known that Saudi Arabia has been buying ballistic missiles from China in the past, but it has not been able to manufacture them until now.”

And during the past weeks, the UAE authorities suspended work on a Chinese facility, after pressure from the United States, after information that Beijing wanted to use this facility for military purposes, according to a report published by the American Wall Street Journal.

The diplomatic advisor to the President of the Emirates, Anwar Gargash, said in statements that, “The UAE has ordered the suspension of work on this facility at the request of the United States,” noting that Abu Dhabi “does not believe that the facility was intended for military or security uses.”

All of these activities make China’s plans to expand in the region clear, and put Washington before it must act to confront it.

Balanced relationships with all forces

The Saudi political analyst, Mubarak Al-Ati, said in an interview with Al-Hurra website that “the timing of revealing information about the growing military relations between China, Saudi Arabia and the UAE may mean trying to distract attention from the Iranian nuclear file and what Washington is seeking to do to return to the nuclear agreement.”

And he affirms that “Saudi Arabia is a sovereign country that can establish strong and balanced relations with all the different powers.”

Al-Ati pointed out that while the United States expresses its desire “to abandon or leave the Arab region, Saudi Arabia can establish relations with everyone while maintaining its sovereignty, and that it can arm itself from anywhere.”

He explained that Saudi Arabia seeks to keep the Middle East free of “weapons of mass destruction”, and that the Kingdom “believes that peace is the force that should prevail in the region, but it is not possible to talk about peace without talking about a deterrent force.”

He added that “China is working for its economic interests, and it is not surprising that it has security agreements between it and the Kingdom of Saudi Arabia,” stressing “Saudi Arabia’s adherence to its distinguished and balanced relations with the United States.”

A change in the shape of the relationship

Political analyst Amer al-Sabayla told Al-Hurra that “China entered the Middle East through the economic gates, and it is seeking to fill the void left by the United States in the region, especially in the military fields.”

He added that China is tempting countries in the region to make “technological development” partnerships.

Al-Sabayla believes that what China is doing “crosses the red lines of Washington,” and explains that “if the United States wants to maintain its position, it must send clear messages to its allies in the region, based on a strategy to contain the Chinese threat.”

Al-Sabayla points out that “the belief that the United States will withdraw from the region cannot be done in a way that will mean leaving a vacuum quickly, but what will change the nature and form of the relationship.”

Political analyst, Ali Rajab, in turn, confirms that “Chinese-Saudi military cooperation has existed since the 1980s, when Prince Bandar bin Sultan visited China at the time, during which a secret deal was made to supply the Kingdom with ballistic missiles to confront the threat of Russian and North Korean missiles during the Iran-Iraq war.” .

In response to Al-Hurra’s inquiries, he added, “We are currently witnessing an expansion of cooperation in China’s development of the Saudi ballistic missile program, which is increasing in light of Washington’s abandonment of its allies in the region, and Moscow and Beijing’s investment in this vacuum in exporting Russian and Chinese weapons to countries in the region, especially Saudi Arabia, which is considered The largest purchaser of arms in the world.

Rajab believes that “Saudi Arabia will have a desire to benefit from military technology and the manufacture of unmanned aircraft, as well as defense systems to counter the penetration and threat of armed groups, the Houthi group in Yemen, and the militias in Iraq, and the most present program will be that related to countering drone attacks.”

He stressed that “China wants to expand its economic influence, and the region is rich in energy materials that Beijing needs to sustain its economy, not to mention the important paths it secures and support for the Chinese Silk Road.”

Rajab points out that the recent events cannot be viewed in isolation from the signing of a 25-year treaty with Iran, which confirms the geopolitical goals of China, which hopes to conclude agreements with the Gulf states to maximize its economic, political and military capabilities.

Washington’s withdrawal from the region “leaves a huge void that tempts any country to seek to fill this void, not only from China, where Russia is present and some European Union countries may join them,” according to Rajab.

He added, “Washington’s options in the face of this Chinese expansion appeared in more than one position and statement during the last period by threatening economic sanctions or moving human rights and freedoms files.”

Political analyst, Anis Akruti, said in his response to Al-Hurra’s inquiries that “for a few years we have witnessed an increase in the Chinese presence in the Arab region, which makes it a central player threatening the traditional American influence.”

He added that “China, as an economic and commercial power, seeks, through the Belt and Road project, to control the Mediterranean ports.”

Akruti indicated that “the United States of America had expressed its fears of a developed Arab-Chinese partnership, which was represented by China’s construction of a secret military facility near the port of Abu Dhabi.”

He explains that this military cooperation was preceded by a significant development in the volume of commercial exchanges, including oil and non-oil ones, especially at the level of communications and artificial intelligence.

And he asserts that “China is seeking to turn its trade balance into a political influence that makes it a real competitor to the United States in the Middle East, which we see is clear from the escalation of its influence further since the American withdrawal from Afghanistan, which made the path paved for China to gain more points in the face of its opponent.” the main”.

Akruti believes that “one of the most prominent options available to the United States to confront the Chinese expansion is to try to transfer the conflict to the neighboring countries of China, thus restricting them in their immediate surroundings.”

He pointed out that the US National Security Orientation Document, which was issued by the Biden administration last March, views China as “the only competitor able to combine its economic, diplomatic, military, and technological strength to form a sustainable challenge,” and this does not mean that the relationship Between the two countries, it will go towards a direct military confrontation. It is in the interests of both parties to negotiate and alternate between escalation and calm.

These were the details of the news China “crosses the red lines” in the region… and Washington’s options... for this day. We hope that we have succeeded by giving you the full details and information. To follow all our news, you can subscribe to the alerts system or to one of our different systems to provide you with all that is new.