Iranian Foreign Minister: In the near future there will be Iranian-Saudi... 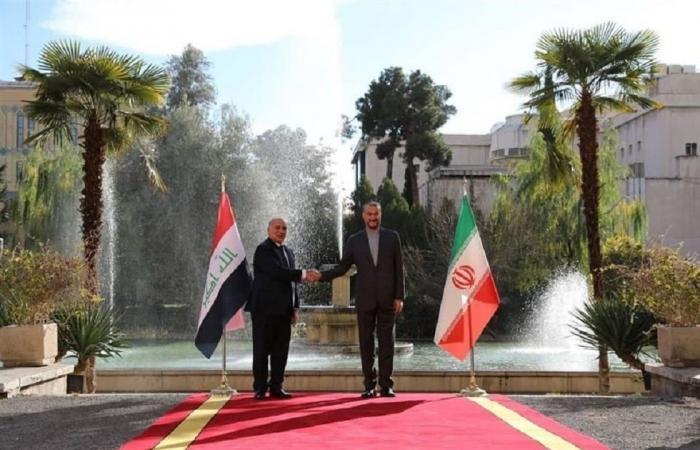 Iranian Foreign Minister Amir Abdollahian said, “We will participate in the next round of negotiations with Saudi Arabia, which will be held in Baghdad with Iraqi efforts.”

Abdullahian added in a joint press conference with his Iraqi counterpart, Fouad Hussein in Tehran today, Thursday: “We will participate in the next round of negotiations with Saudi Arabia, which will be held with Iraqi efforts. In the last round of negotiations, we presented a set of practical proposals to the Saudi party, and Minister Fouad informed me Hussein said that the Saudi side looks positively at these proposals… We hope to start procedures to resume relations between the two countries, but we must wait for the outcome of the negotiations.

With regard to cooperation between the Iraqi and Iranian countries, Abdullahian pointed out that Iran is ready to cancel individual travel visas between the two countries.

Abdullahian pointed out that the Iranian side received indirect proposals from the American side and they were answered, stressing that it will not accept giving many concessions and obtaining few of them, and he said, “We declare frankly… if they want to remove their concerns about our nuclear activities, they must raise The sanctions are completely. We are serious about the negotiations, and if the other side takes this seriousness, we will reach an agreement.”

Regarding the water file, Abdullahian expressed hope for solving the water problem between Iran, Turkey and Iraq through dialogue: “We are discussing the water file and border rivers with the Turkish and Iraqi sides, and the water crisis is an important issue, and we have the full foundations for this issue in the Algiers Agreement, and the dialogue in this regard has achieved development well”.

For his part, Iraqi Minister Fouad Hussein said: “I met the Iranian president before my meeting with Foreign Minister Amir Abdullahian… It was an opportunity to discuss the security situation in the region, especially in Iraq.”

As for the Iranian-Saudi negotiations, Fouad Hussein said: “We look forward to the convening of the fifth round between Iran and Saudi Arabia.”

On the other hand, Hussein expressed his thanks to the Saudi side for cooperation with Iraq to transfer the Iranian ambassador from Yemen to Iran, noting that “there was American cooperation with Saudi Arabia in this field.”

Hussein continued, saying: US-Iranian relations with regard to Iraq are not an external issue. The state of tension between Tehran and Washington directly affects the political and security situation in Iraq.

The Iraqi minister added, “Out of the Iraqi interest, we discuss with the brothers in Tehran about US-Iranian relations, and we talk with our friends in Washington in this regard as well… We do not carry messages, but rather discuss opinions frankly, and sometimes criticize some aspects of the policies of both Tehran and Washington. It is no secret that we are following up on a direct dialogue between the US side and the Iranian side.

The Iraqi minister pointed out that the negotiations on returning to the Iranian nuclear agreement in Vienna are indirect, “and we believe that the time has come for a direct dialogue between the two parties… Iraq plays a direct role in this field, because both parties trust us.”

These were the details of the news Iranian Foreign Minister: In the near future there will be Iranian-Saudi... for this day. We hope that we have succeeded by giving you the full details and information. To follow all our news, you can subscribe to the alerts system or to one of our different systems to provide you with all that is new.