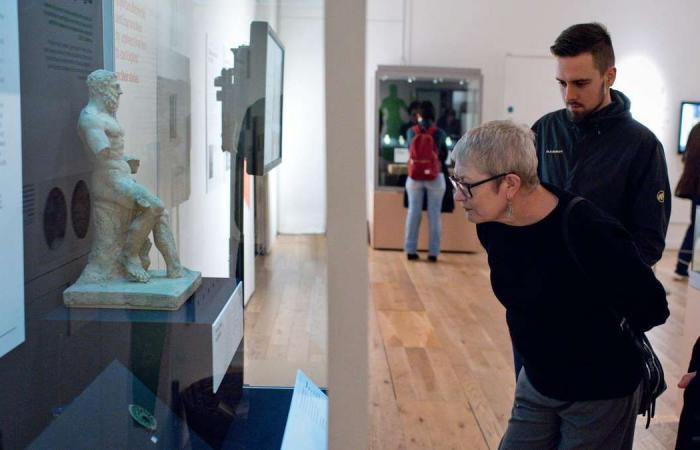 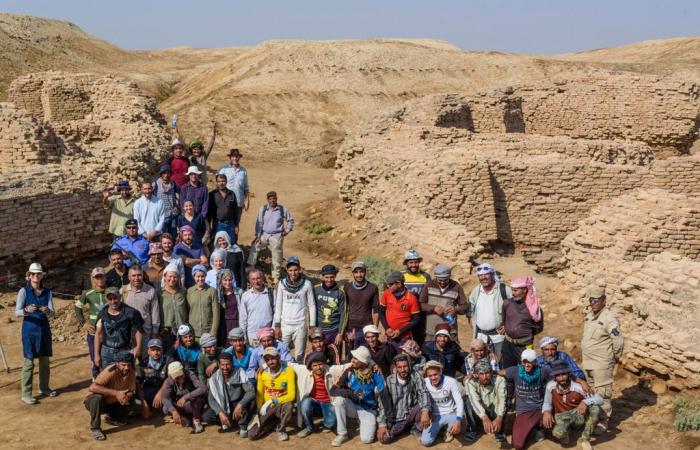 Hind Al Soulia - Riyadh - British museum curator Gareth Brereton’s new exhibition on Iraq came out of the ashes of two decades of conflict when much of the country’s rich cultural heritage was destroyed.

“In 2015, at height of the devastation – we as a department wanted to offer a response to help our Iraqi colleagues face the terrible challenges caused by the devastation, especially in the north of Iraq, in the Mosul region,” he told The National.

“What happened in northern Iraq with Daesh was terrible, but not all was lost. Iraq has got an incredibly rich cultural heritage and these new excavations are generating new research about Iraq’s ancient past, telling new stories,” he added.

Exploring the cultural heritage of Iraq through 80 artifacts, the exhibition looks into the challenges of protecting Iraq’s history following decades of conflict. Touring in the British cities of Nottingham and Newcastle this year, Ancient Iraq features discoveries by the British Museum and trainees as part of the British Museum’s Iraq Emergency Heritage Management Training Scheme, which was established in 2014 at the height of the country’s civil war.

One part of exhibition covers the ancient Sumerians - the world’s oldest urban civilisation - who lived in southern Mesopotamia (now southern Iraq) between 3000 and 2000 BC. They developed the first ever writing system and urban sites, some 5,000 years ago. Through excavations at the site of Tello in southern Iraq, near the city of Nasiriya, a major Sumerian temple complex in the ancient city of Girsu was discovered by Brereton’s team. On display in the exhibition for the first time outside of London will be a statue of Gudea, ruler of the ancient state of Lagash, which would have originally been erected within the temple complex.

Stunning artifacts from the ‘Royal Tombs’ of Ur in present-day Iraq provide a glimpse of life and death in these early cities. Luxurious grave goods crafted from gold, silver and lapis-lazuli demonstrate how the ruling elite displayed power through opulent burial customs. These tombs were accompanied by a ‘Death Pit’ containing the elaborately dressed bodies of court attendants, who were sacrificed as part of the ruler’s journey to the afterlife.

As well as the site of Tello in the south, the exhibition will show the British museum Iraq scheme trainees’ work in the north, at another excavation site in Kurdistan, where researchers have unearthed a massive fort located at the frontline of a conflict between two superpowers – the Roman and Parthian empires (dating back to the second and first centuries BC).

Discoveries from the Qalatga Darband site in the north, tell the story of the Parthians, who embraced Greek cultural traditions brought to the region by Alexander the Great as he led his army across the Middle East. Greek-inspired statuettes, personal ornaments influenced by Greek mythology and gold burial masks, as well as a statue of Heracles, will also feature in the exhibition.

The final section of the opening will address the destruction of Iraq’s cultural heritage by ISIS and the British Museum’s response to it. Developed in 2014 at the height of this devastation, the museum’s Iraq Scheme delivers frontline fieldwork to Iraqi archaeologists, enabling them to assess, document and stabilise cultural heritage sites that have been damaged or destroyed by the terror group.

The training, for 50 Iraqi archaeology and heritage professionals, consists of two months based at the British Museum, followed by two months of hands-on training at two excavation sites in Iraq. All of the relics discovered from both sites remain in Iraq, but artifacts from the British Museum’s collection help tell their stories.

“We were able to reevaluate some of the objects in our collection that was excavated over 100 years ago when archaeology was very much in its infancy and we didn’t have anywhere near the techniques we have now. We’re shedding new light on Iraq on Iraq’s ancient past and most importantly it’s mainly Iraqis that are doing that,” Mr Brereton said.

Ancient Iraq: new discoveries will be on display at Great North Museum: Hancock, Newcastle upon Tyne from 7 March until 2 August 2020 and at University of Nottingham Museum, Lakeside Arts between 19 September and 13 December 2020.

These were the details of the news New exhibition revives Iraq’s cultural heritage after ISIS devastation for this day. We hope that we have succeeded by giving you the full details and information. To follow all our news, you can subscribe to the alerts system or to one of our different systems to provide you with all that is new.

PREV UN: Arbitrary detentions in Syria conflict may be war crimes
NEXT Trump, returning to political stage, flirts with 2024 run