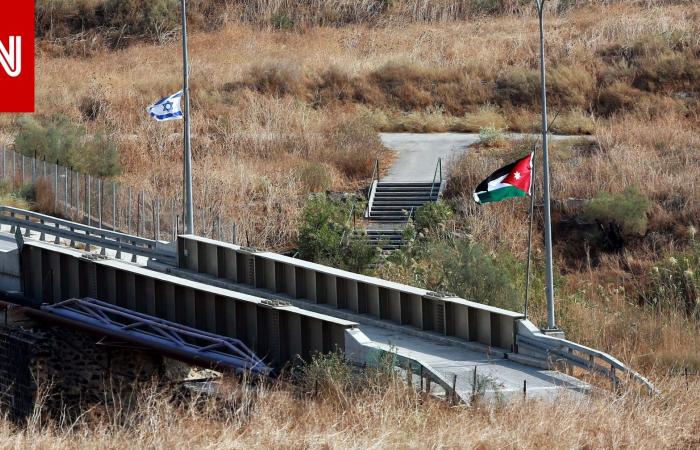 Dubai, United Arab Emirates (CNN) – The UAE, Jordan and Israel signed a “declaration of intent” in preparation for entering into a negotiating process to discuss the feasibility of a tripartite joint project in the energy and water sectors, at Expo 2020 Dubai, Monday.

The Assistant Secretary-General of the Ministry of Water and Irrigation in Jordan, Omar Salama, confirmed that this announcement does not mean signing an agreement, but rather authorizes entering into a negotiating process in 2022 to study the feasibility of this project, according to which Jordan is supposed to obtain 200 cubic meters of water annually, stressing that there is no agreement He will sign without making sure that Oman will get this share.

Salameh explained that this project comes in line with Jordan’s growing needs in the future for permanent sources of water in light of population growth and increasing dependence on water in industry, agriculture and other fields, noting that “the limited external support to Jordan, and its bearing the burden of asylum and the abnormal increase in the population for many years, caused Putting pressure on infrastructure and various services,” he said, noting that Jordan is one of the water-poor countries in the world and that the financial deficit is worsening year after year, and will reach 45 cubic meters of water next year in terms of drinking water only.

The announcement was signed by the Jordanian Minister of Water and Irrigation, Muhammad Al-Najjar, the UAE Minister of Climate Change and Environment Maryam bint Muhammad Al-Muhairi, and the Israeli Minister of Energy Karen Al-Harr, in the presence of the US Special Presidential Envoy for Climate Affairs, former Secretary of State John Kerry, and the Minister of Industry and Advanced Technology Envoy The Emirates Special Committee on Climate Change, Sultan bin Ahmed Al Jaber.

These were the details of the news At the Expo, a declaration of intent between the UAE, Jordan... for this day. We hope that we have succeeded by giving you the full details and information. To follow all our news, you can subscribe to the alerts system or to one of our different systems to provide you with all that is new.