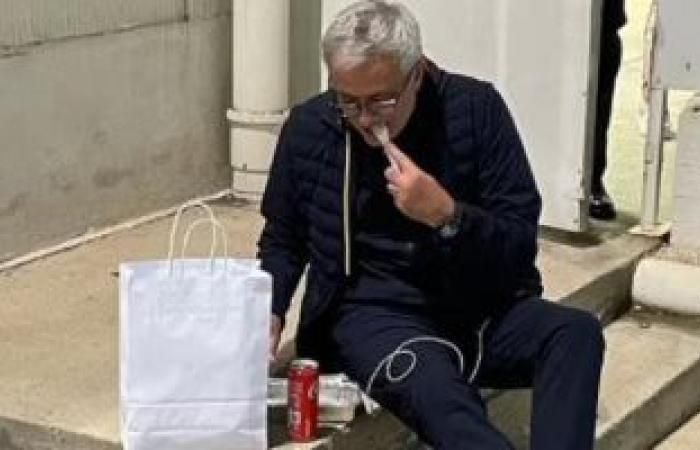 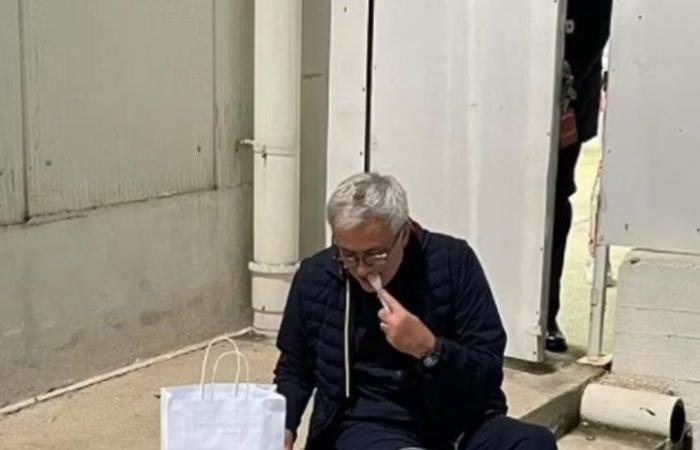 Jose Mourinho, coach of the Italian team, Roma, was exposed to a funny situation after the end of the meeting with his host Cagliari, yesterday, Wednesday, in the tenth round of the Italian League, and the Wolves team defeated the capital, 2-1.

The English newspaper “Daily Mail” reported that Mourinho had to eat dinner in the street, due to the suspension he received after being sent off in the previous Napoli match, which prevented him from leading the team during the Cagliari match.

The newspaper added that the Portuguese coach was filmed sitting on the ground outside the Cagliari stadium, eating dinner, in implementation of the penalty imposed on him after he was expelled in the previous meeting.

Mourinho is having dinner on the floor

Mourinho shared the photo on his account on the social networking site “Instagram”, commenting: “The game is over… 3 points… Nice food (can’t go to the dressing room).”

Leonardo Pavoletti opened the scoring for Cagliari in the 52nd minute, then Roger Ibanez equalized for Roma in the 71st minute, and Lorenzo Pellegrini scored the winning goal for the capital’s Wolves in the 78th minute.

With this result, Roma raised its score to 19 points in fourth place, while Cagliari remained at the bottom of the standings with six points.

These were the details of the news The suspension forces Mourinho to dine on the street outside the... for this day. We hope that we have succeeded by giving you the full details and information. To follow all our news, you can subscribe to the alerts system or to one of our different systems to provide you with all that is new.