The Lebanese Parliament confirms that the parliamentary elections will be held... 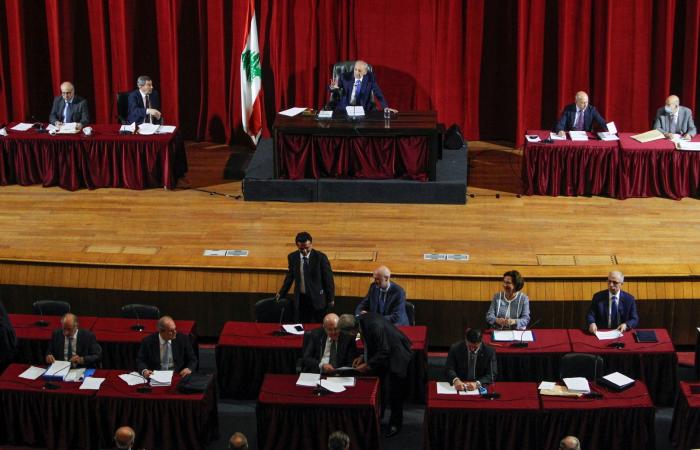 The Lebanese Parliament approved a law bringing the election date back to March 27, after it was scheduled for May 8, amid the “Strong Lebanon” bloc, headed by Representative Gebran Bassil, voting against the law.

The fixing of this date comes in a session held today, Thursday, at the UNESCO Palace, headed by Parliament Speaker Nabih Berri, after Parliament approved on October 19 the provision of bringing the date of the parliamentary elections to March 27, 2022.

It is noteworthy that Bassil had earlier objected to bringing the elections closer, and said at the time: “The Meteorological Authority reports the possibility of storms on the dates set for the elections, which may make the process difficult, in addition to the intersection of a number of electoral deadlines with fasting among Christian denominations.”

In turn, the Lebanese presidency announced on October 22 that President Michel Aoun issued a decree to return the law amending the rules of legislative elections to Parliament for reconsideration, considering that “holding elections in March shortens the period for registering non-resident voters, and prevents them from exercising their political right.” by voting for their direct representatives.

These were the details of the news The Lebanese Parliament confirms that the parliamentary elections will be held... for this day. We hope that we have succeeded by giving you the full details and information. To follow all our news, you can subscribe to the alerts system or to one of our different systems to provide you with all that is new.