Egypt and Saudi Arabia are two examples.. How do Arab countries... 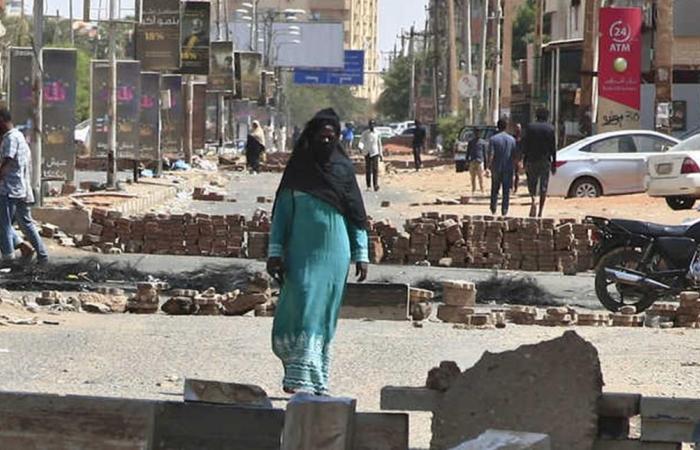 Al-Hurra wrote: The reactions of the Arab countries to the Sudanese army’s seizure of power ranged between silence or a call for restraint, with the exception of the agreement of the Saudi Foreign Minister, Faisal bin Farhan, with his American counterpart, Anthony Blinken, to “condemn the Sudanese army’s seizure of power.” According to a US statement.

These disturbances come at a time when Sudan’s neighbors need its role in certain files, such as the Renaissance Dam file, while the plans of the major Arab capitals may differ to deal with what happened.Official statements issued by Arab countries did not condemn the decisions of the army commander, Abdel Fattah Al-Burhan, which, last Monday, toppled the civilian partners from government during the transitional phase the country is going through, and most of them were loosely expressing concern about the situation, and did not describe what happened as a “coup.” .

The Saudi Ministry of Foreign Affairs said, in a statement, that the Kingdom “follows with concern and great interest the current events in the sisterly Republic of Sudan, and calls for the importance of restraint, calm, and non-escalation, and to preserve all the political and economic gains that have been achieved and everything that aims to protect the unity of the ranks among all components.” politics in brotherly Sudan.But a statement by the US State Department said, on Wednesday, that the minister, Anthony Blinken, and his Saudi counterpart, Faisal bin Farhan, “condemned the Sudanese army’s seizure of power and its impact on the stability of Sudan and the region.”

The statement, which was issued by US State Department spokesman, Ned Price, stated that Blinken had a telephone conversation with bin Farhan, where they “discussed the importance of all parties’ commitment to the framework specified in the Constitutional Declaration and the Juba Peace Agreement,” and stressed that “non-compliance with this will expose International support for Sudan is at risk.

Military expert and strategic researcher, Samir Ragheb, told Al-Hurra that a large number of civilian partners (the forces of freedom and change) were inclined to the African incubator instead of the Arab one, “and therefore it was unnatural for centers of influence in Arab moderation countries to defend them.”

On the other hand, the Saudi writer and political analyst, Abd al-Rahman al-Mulhim, describes the government of the dismissed Sudanese Prime Minister Abdullah Hamdok as “the best” compared to the previous Sudanese governments, given its economic decisions.

In Egypt’s statement, the Arab neighbor, which is geographically closest to Sudan, said that it “calls on all the sisterly Sudanese parties, within the framework of responsibility and restraint, to give priority to the supreme interest of the country and national consensus.”

Despite the overthrow of the “better government”, as al-Mulhim says, he stresses at the same time that the Gulf Cooperation Council countries are accustomed to non-interference in the internal affairs of states. This is the same principle on which Egyptian foreign policy also depends.”I think that the Arab countries will spare no effort to help Sudan, and perhaps consultations will be held to save the situation,” he added, referring to what he described as the “strong friendship” between Riyadh and Khartoum, given their economic relations and the large investments between them.

Ragheb says that the military component of the transitional authority was not at odds with Egypt, whose army conducted joint military exercises with Sudan more than once. The situation seemed different with the civilian component, especially with regard to the Renaissance Dam crisis.Sudan is seeking, with Egypt, to reach a binding agreement on the operation of the Renaissance Dam that Ethiopia is building near the Sudanese border.

Although talks have stalled, Ethiopia has begun filling the reservoir behind the dam, which Sudan says could put its citizens, dams and water facilities at risk.

Ragheb says that Hamdok’s vision was similar to that of the military component with regard to Egypt, “though the positions of the Minister of Irrigation Yasser Abbas in the dam crisis often did not agree with the Egyptian vision, until it seemed to contradict the general trend of Sudan,” he said.

Ragheb sheds light on the rise of some voices within the civil component in objecting to what was described as the Sudanese bias towards Egypt in the Renaissance Dam crisis, “although this bias was in favor of Sudan and not as a courtesy to Cairo, as Khartoum was the most affected by the collapse of the dam.”

These were the details of the news Egypt and Saudi Arabia are two examples.. How do Arab countries... for this day. We hope that we have succeeded by giving you the full details and information. To follow all our news, you can subscribe to the alerts system or to one of our different systems to provide you with all that is new.