Geagea refuses to testify to the intelligence services about the Tayouneh... 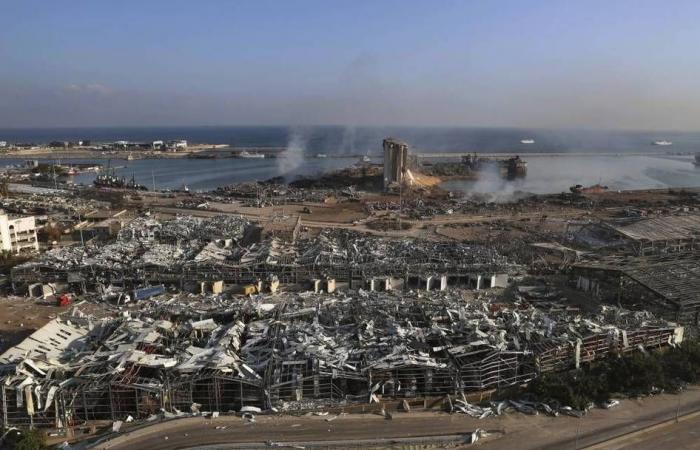 Yesterday, Wednesday, the head of the Lebanese Forces Party, Samir Geagea, refrained from appearing before the army intelligence to be heard about the tensions that witnessed in the Tayouneh area in Beirut two weeks ago and caused the death of seven people, while his supporters carried out vigils in support of him, at a time when consultations and contacts accelerated to resolve the government crisis represented by In the suspension of cabinet sessions after the ministers of the “Amal Movement”, “Hezbollah” and the “Marada Movement” stipulated the dismissal of the judicial investigator in the port explosion, Judge Tariq Al-Bitar, for fear of cracking the government, amid Prime Minister Najib Mikati’s assertion that it will meet soon, hoping to see the initiative of Patriarch Bishara Al-Rahi Al-Nour, while one of the wounded in the port explosion died, coinciding with former Prime Minister Hassan Diab filing a lawsuit against the state to stop Judge Al-Bitar from investigating him in the port explosion case.

A crowd of Geagea’s supporters

After his meeting with President Michel Aoun, Mikati said that several issues were discussed, especially the initiative of Maronite Patriarch Bechara Al-Rai; Where a settlement is being sought that will reconvene the Council of Ministers, withdraw the fuse of the crisis caused by Al-Bitar and the Tayouneh events, and summon Samir Geagea to the investigation, knowing that he did not attend the Intelligence Directorate, yesterday, Wednesday, as scheduled, and received partisan and popular delegations refusing to summon him.

A judicial source confirmed that Geagea did not attend the Defense Ministry, while supporters of the “forces” gathered in front of Geagea’s residence in the mountainous town of Maarab, northeast of Beirut, to condemn his summons. They also carried out vigils inside their cars along the road leading from the coast to Maarab. He pointed out that Patriarch Al-Rahi entered the line of treatment by finding a legal way out by launching a parliamentary investigation committee on the basis of which the discriminatory Public Prosecution would be informed of the hand of Judge Bitar about the prosecutions he started against prime ministers and ministers, and limiting his mission to others, and thus the Council of Ministers reconvenes.

Diab is suing the state

The agents of the former Prime Minister, Hassan Diab, had filed before the General Authority of the Court of Cassation, claiming to quarrel with the state for actions committed by Judge Al-Bitar, and the Deputy Ministers, Hassan Khalil and Ghazi Zuaiter, also filed a lawsuit before the same body to determine the valid reference for Judge Al-Bitar’s response, amid the confirmation of judicial specialists that once submitted Diab’s defense attorneys, an official statement showing that they filed a lawsuit against the state, Al-Bitar’s hand stops questioning their client until the case is decided.

One of the wounded in Beirut Port, Abbas Ahmed Mazloum, died yesterday, Wednesday, after being hit by shrapnel in one of the vertebrae in his back, which paralyzed him, about 15 months after the explosion.

In this context, a statement issued by the committees of families of martyrs, victims and wounded at the port of Beirut indicated yesterday that in the face of the new settlement scene that puts the blood of our martyrs, victims and wounded on the negotiating table, deals and bargains, it is important for the committees of the families of the martyrs, victims and the wounded to reaffirm their adherence to the continuation of the judicial investigation and to The independence of the judiciary, stressing the need to bring all wanted persons, without exception, before the judicial investigator and not to refer any of them to the Supreme Council for the Trial of Presidents and Ministers.

These were the details of the news Geagea refuses to testify to the intelligence services about the Tayouneh... for this day. We hope that we have succeeded by giving you the full details and information. To follow all our news, you can subscribe to the alerts system or to one of our different systems to provide you with all that is new.