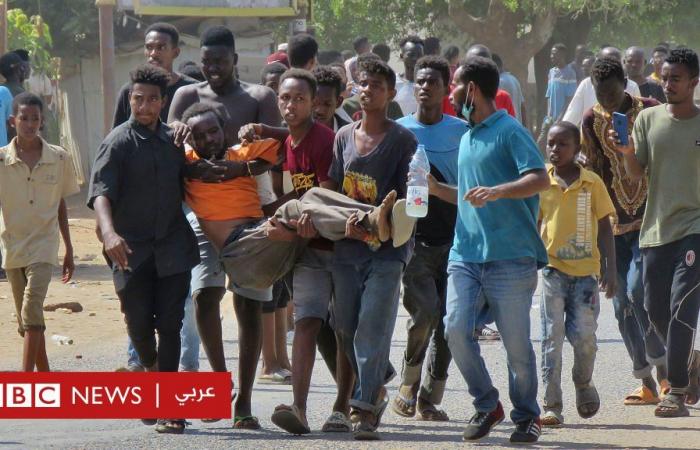 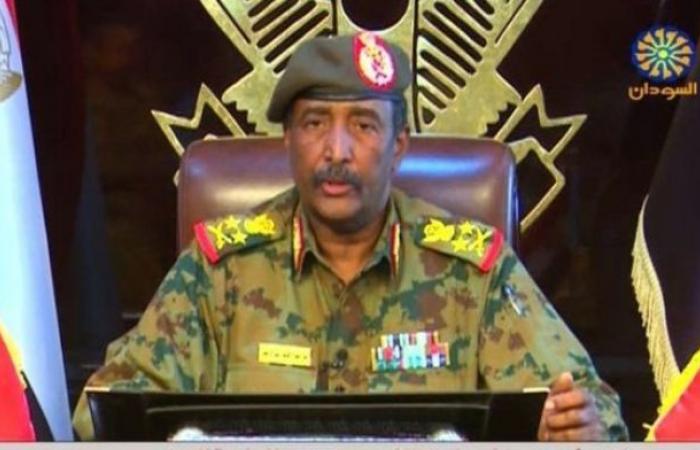 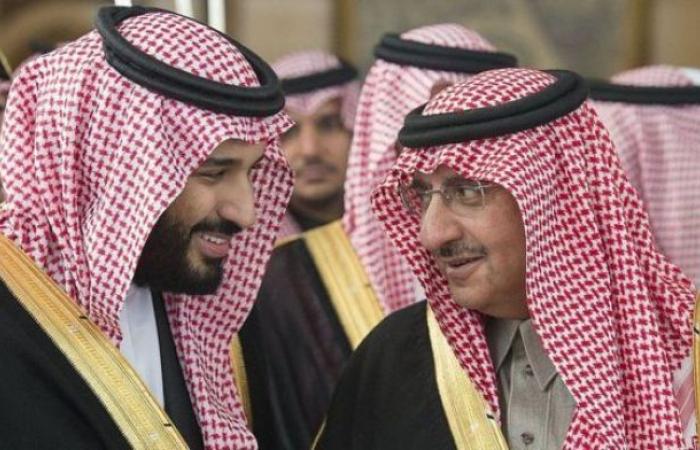 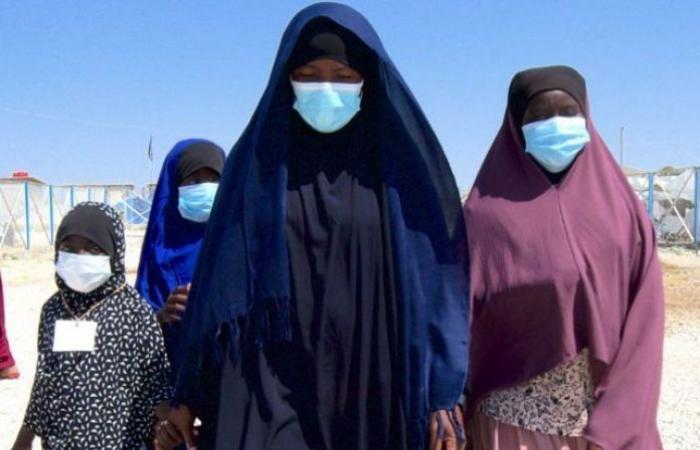 British newspapers focused on analyzing the causes and factors that contributed to the Sudanese army’s implementation of a military coup in the country, and the details of the interview conducted by an American television network with a fugitive Saudi intelligence official in which he described the Saudi crown prince as “a psychopath and a murderer,” and other details of a parliamentary committee session in Britain that dealt with the extent The possibility of repatriating the British from ISIS members held in the camps in Syria.

Peter Beaumont, whose article was published by the Guardian on the coup in Sudan, saw that strong possibilities for the collapse of the settlement reached by civilians and military personnel in Sudan after the overthrow of Omar al-Bashir in 2019 were very clear.

He suggested that while the movements that participated in the revolution were sending their delegations to the mass protests in Khartoum and the students discussing the possibilities of democracy in front of the coffee vendors roaming the university sidewalks, the soldiers were watching the scene from afar with the eyes of their soldiers who guarded the checkpoints.

In fact, the arena was well set up to host the fierce competition for power in Sudan between the many parties, including the army, militias, and local rebel groups, and all of them with an Islamist vision of the state, according to Beaumont.

The writer emphasized that the situation in Sudan was not a result of the moment, but that: “The seeds of Sudan’s coup were sown immediately after Al-Bashir’s fall.”

He continued his talk about the planned course of events at the level of the Sudanese revolution, stressing that the real beginning was in 2019, when Omar al-Bashir, who also seized power in a military coup in 1989, fell as soon as the army withdrew its support for the head of the regime at that time.

It is likely that the harvest of what was sown from the seeds of differences and conflicts between the Sudanese parties came in the past few months when the parties took their conflicts to the street, which was evident in the coup attempt that Sudan witnessed last month.

From the beginning, there was dissatisfaction with the state of weakness that the Military Council in Sudan appeared to have, several months after the outbreak of the revolution, when it reached a settlement with the forces of the revolution and the Sudanese Sovereignty Council was established, which ruled the country until the implementation of the coup of the military component of the Council against the civilian government.

The fuel for the coup was most likely those forces that criticized the weakness of the Military Council, and which called for a sit-in demanding the return of military rule to the country.

Abdullah Hamdok, the Prime Minister of Sudan, who was reported to be under house arrest, repeated his warning on more than one occasion that chaos could spread in the country and end in civil war unless the differences between the Sudanese parties leading the democratic transition process are resolved.

The writer cited the statements of prominent figures concerned with the situation in Sudan, including the Director of the Africa Program at the European Council, Theodore Murphy, who suggested that the Sudanese army carried out the coup due to concerns about the possibility of weakening its position in the country, in addition to its support in this move by other countries.

The Director of the Africa Program at the European Council expected that there would be clashes between supporters of the civilian component of the Sudanese Sovereignty Council on the one hand, and a mixture of protesters who support the army in one way or another and the armed movements in Sudan on the other, according to the Guardian article.

He pointed out that “it is clear that the protest movements aligned with civilians include large numbers, and that they are convinced, despite the army’s assurances, that what is being passed now is a real coup.”

The Guardian writer also cited the statements of Africa analyst Sanya Suri in The Economist, who said: “While recent developments in Sudan are seen as a major setback for the country that reflects the fragile nature of the peace agreement, I do not see that there are many things that the Sudanese army hopes to obtain.” After we veto the power-sharing agreement.”

She added, “International support and financial aid are necessary things that will help achieve a sustainable recovery for the economy in Sudan, especially in the wake of the epidemic.”

And she expected that the partners would quickly withdraw their support for Sudan if the army seizes power,” she said, adding that the country is likely to witness a state of chaos in the coming weeks, as pro-democracy demonstrators gather in the streets while the army tries to disperse them.

CBS News’ 60 Minutes interview with former Saudi intelligence director Saad al-Jabri is still at the center of British newspapers’ attention, as it was narrated and analyzed by British Telegraph journalist James Rothwell.

According to the British newspaper, Al-Jabri described the Saudi crown prince as “a psychopath and a murderer,” stressing that he planned in 2014 to kill King Abdullah bin Abdulaziz with a poisoned seal brought from Russia.

She indicated that the former Saudi intelligence official has a video tape containing more confidential information that he claims to have about the Saudi Crown Prince, and that he has threatened to publish it.

Al-Jabri also described, in his first media interview since he fled Saudi Arabia, Mohammed bin Salman as “no one takes pity on him”, warning that the 36-year-old Saudi crown prince constitutes “a threat to the people of Saudi Arabia, the Americans, and the whole world.”

The former Saudi official also claimed, in a 107-page lawsuit filed before the Canadian judiciary in August 2019, that the Saudi crown prince sent a killing team to assassinate him in October 2018, but the Canadian authorities thwarted that attempt.

A Saudi court ruled last year to imprison two of al-Jabri’s sons after convicting them of money laundering and conspiracy to leave Saudi Arabia illegally, accusations that the sons denied.

The Saudi embassy in Washington said in a statement, in response to questions from the 60 Minutes program, that Saad Al-Jabri is a “discredited” former government official with a long history of “fabrication” and creating distractions to cover up financial crimes.

Al-Jabri was working as an assistant to Prince Muhammad bin Nayef, the former Saudi crown prince who was deposed by Mohammed bin Salman in 2017, before he fled Saudi Arabia.

The Saudi crown prince, who heads the Saudi Public Investment Fund, which is said to have bought Newcastle United as part of a controversial deal in the recent period, is still besieged by the scandal of the murder of Saudi dissident journalist Jamal Khashoggi, who was working as a writer for the American newspaper The Washington Post and was killed in the Saudi consulate in Istanbul in Turkey.

The CIA directly accused the Saudi crown prince of ordering the killing of the dissident journalist, despite the Saudi authorities denying these accusations on many occasions.

Former British Attorney General Lord John MacDonald described the Syrian camps where British ISIS members are being held as a “cowardly” version of Guantanamo, likening these detention centers to the US-run detention camp at Guantanamo Bay used to hold hundreds of terrorist suspects. without bringing them to trial, according to an article in The Independent by security correspondent Lizzie Dearden.

“I think the current situation highlights that we are not ready to take responsibility,” MacDonald said. “On a personal level, I am ashamed of what I see as a cowardly version of Guantanamo.”

The former British attorney general was among the witnesses heard by a comprehensive parliamentary committee that included all parties in a session on the British stranded in Syria, which took place last Monday.

That session shed light on the difference between British policy and the increasing trend of a number of countries in the world to recover their citizens from the camps controlled by the Syrian Democratic Forces, which include the United States, Germany, Finland and Denmark.

The British government has used citizenship denial and other controversial legal measures since 2019 to prevent British members of the terrorist organization from returning to the UK.

During the session, some ministers in Johnson’s government raised the possibility of British members of the Islamic State being prosecuted in Syria and Iraq, but MacDonald described this as “illogical” due to his lack of a solid logistical ground and the lack of justification for this in international law, according to the Independent article.

The former attorney general urged members of the government to adopt greater flexibility in dealing with the case, saying “we must make our judicial system more flexible” to allow the prosecution of British Islamic State members who traveled to Syria from the United Kingdom.

The former British official said: “I am confident that these people can be prosecuted because we know a lot, and many of them have spoken about themselves on social media.”

The writer said that Chris Harnisch, the former deputy coordinator of the US State Department, told the British Parliamentary Committee that the Trump administration chose to take back “Americans of all ages” from detention camps in Syria.

“Other countries have done the same to prevent the caliphate from re-emerging. The Islamic State leadership has made it clear that the men, women, and children in prison and camps are strategic assets,” Harnisch said.

He warned that the camps in Syria have more people who embrace the ideology of the terrorist organization than anywhere else in the world, expressing his fears of the possibility of organizing escape operations from those prisons and detention camps and the return of their inmates to their countries and planning and carrying out terrorist attacks.

These were the details of the news The seeds of Sudan’s coup were planted immediately after the fall... for this day. We hope that we have succeeded by giving you the full details and information. To follow all our news, you can subscribe to the alerts system or to one of our different systems to provide you with all that is new.