Prisoners of “Jihad” announce that they have reached an agreement with... 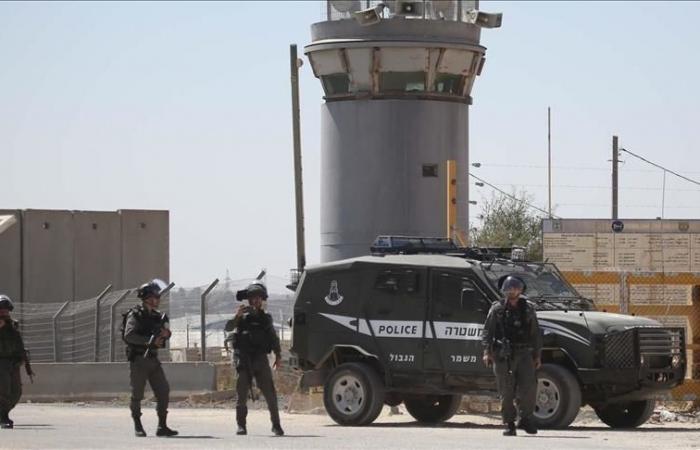 The prisoners of the “Islamic Jihad” movement announced, on Friday, that they had reached an agreement with the Israeli Prison Administration, to lift “all punitive measures taken against them” and to end the hunger strike.

The Supreme Leadership Council of the movement’s prisoners said, in a statement issued by it, seen by Anadolu Agency, that the “Israeli jailer” initiated “hard” in an attempt to reach understandings that would lead to the suspension of the hunger strike, “in light of the movement’s threats in Gaza and abroad.”

She added, “I conducted difficult and complex negotiations, under the pressure of the continuation of the rebellion and the open strike, and reached a number of results.”

The commission pointed out that the agreement stipulates “the immediate cessation of the frenzied attack against the sons of Islamic Jihad in the occupation prisons, and the lifting of all punitive measures against them.”

She pointed out that the prisoners agreed with the prison administration to “restore the representation, building and organizational entity of the Islamic Jihad movement in the occupation prisons.”

She explained that the agreement guarantees “the return of the isolated (in solitary cells) of the leaders and cadres of the movement, to be among their mujahideen, and to improve the living conditions of the stricken female prisoners in the occupation prisons.”

And on Thursday, the “Detainees and Ex-Prisoners Affairs Commission” said in a brief statement, “The prisoners of Islamic Jihad stopped all their steps in the occupation’s prisons, after reaching an agreement to lift most of the penalties that were imposed on them,” without further details.

On October 13, Qadura Fares, head of the (non-governmental) Palestinian Prisoners Club, announced the start of an open-ended hunger strike by 250 prisoners from the Islamic Jihad movement, in protest of the “abusive measures” being taken against them.

According to previous statements by the Prisoner’s Club, the striking prisoners are calling on the occupation prisons administration to “stop the procedures that it had imposed on them after September 6, the date of the escape from Gilboa prison.”

According to sources in the Jihad Movement, one of the punitive measures is to disperse the “Jihad” prisoners, so that no more than one detainee from the movement is present in each room.

On September 6, six prisoners, five of them from the Jihad movement, escaped through a tunnel from Gilboa prison in northern Israel, but were re-arrested within two weeks.

Israel holds about 4,600 Palestinian prisoners in its prisons, including 35 female prisoners, about 200 children, and 520 administrative detainees.

These were the details of the news Prisoners of “Jihad” announce that they have reached an agreement with... for this day. We hope that we have succeeded by giving you the full details and information. To follow all our news, you can subscribe to the alerts system or to one of our different systems to provide you with all that is new.