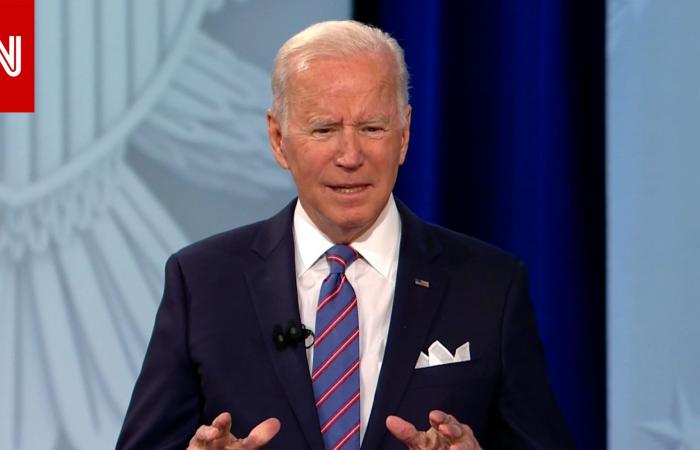 Atlanta, United States of America (CNN)– US President Joe Biden linked, in a CNN interview, the rise in fuel prices in the United States with the rise in global oil prices to record levels, in the Kingdom of Saudi Arabia and the lack of supply from OPEC countries and “a lot of people in Middle East” who want to talk to him but he rules out talking to them.

Biden did not specify who the people in the Middle East want to talk to, but the US president has confirmed since taking office that he will not communicate with Saudi Crown Prince Mohammed bin Salman and will only communicate with King Salman bin Abdulaziz, after the publication of the intelligence report on the killing of the Saudi journalist Jamal. Khashoggi.

Biden said, in an interview with CNN, Thursday evening, US time, in response to a question about the rise in fuel prices, that “it is linked to a foreign policy initiative related to something beyond the cost of fuel … and this is due to the withholding of supply by OPEC.”

On the timeline he expects for lower fuel prices, Biden said: “I think you will start to see fuel prices come down over time, with winter coming, I mean, excuse me, next year, in 2022. I don’t see anything going on right now. This will lead to a significant reduction in fuel prices.

The US President stressed that lowering fuel prices “would be difficult.” “There is a possibility that we will be able to lower it,” he said. “It depends a little bit on Saudi Arabia and some other things in the near future.”

These were the details of the news Biden links high fuel prices to Saudi Arabia and “people who... for this day. We hope that we have succeeded by giving you the full details and information. To follow all our news, you can subscribe to the alerts system or to one of our different systems to provide you with all that is new.