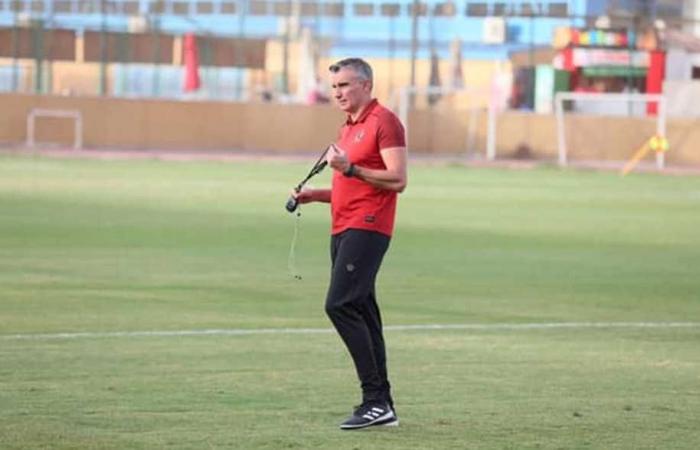 Zamalek coach Patrice Carteron revealed the best player he trained in Egypt, where he led Wadi Degla and Al-Ahly, and is currently spending his second term with the White Castle.

During a lengthy interview with On Time Sports, the Frenchman said: “The best player I trained is Florent Malouda in Wadi Degla.”

And he expressed his opinion on the sudden decision of Egypt coach Carlos Queiroz to exclude the duo Mohamed Sherif and Mohamed Magdy “Afsha” from the team’s list, saying: “The coach wants to show his control and his personality, we must support him and support him and not oppose him, because he is the first responsible.”

And about Sharif, who trained him in the Tigris, he said: “I remember Ali Abu Greisha (the club’s former technical advisor) when he asked me to give the player the opportunity to participate in matches.”

When asked about what distinguishes his current team, Zamalek, the former coach of Mazembe said: “He has a special love, the fans love him in a different way. This is the main feature in him without the rest of the clubs.”

And Carteron justified his nervousness often by saying: “I wanted to show the players that we wanted to achieve the desired goal.”

And about the absence of the coronation in his period with Al-Ahly, the 51-year-old coach said: “The circumstances did not help.”

The most expensive title for him is “The League with Zamalek, it was the best tournament because I experienced great difficulties in it.”

Carteron did not rule out continuing to work in Egypt after the end of his career with Zamalek, saying: “I love this country, I do not know what will happen after my contract expires, I may stay. Leading the team? Why not, I hope that one day, I have great experience in Egypt.”

Carteron ruled out his return to Al-Ahly if he was offered this, and said that Zamalek is the first candidate to win the 2021-2022 League title.

In January 2016, Carteron started his career in El-Mahrousa from the Tigris Gate. He left after 10 months before returning in June 2018 to lead the red caravan, Al-Ahly.

He stayed in Al-Ahly for only 5 months and then returned to Egypt in December 2019 to lead the traditional rival of the first, Zamalek.

He left in September 2020 before returning to Zamalek last March.

These were the details of the news FilGoal | News | Carteron reveals the best player... for this day. We hope that we have succeeded by giving you the full details and information. To follow all our news, you can subscribe to the alerts system or to one of our different systems to provide you with all that is new.