Nasrallah to Abdullahian: Iran is a sincere ally who does not... 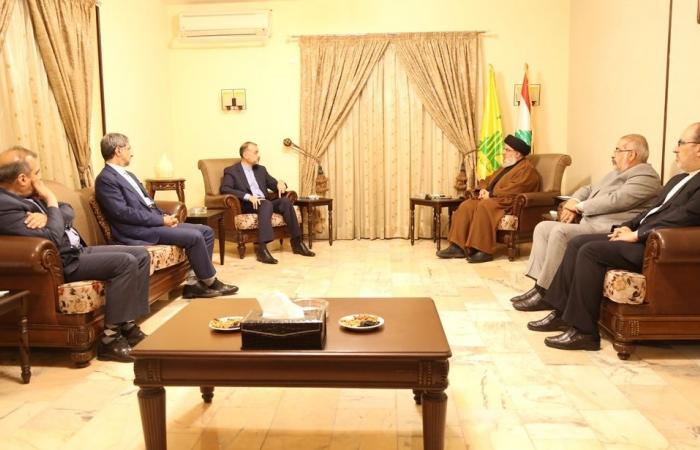 The Secretary-General of the Lebanese Hezbollah, Hassan Nasrallah, met with Iranian Foreign Minister Hossein Amir Abdollahian and the accompanying delegation, and during the meeting, political developments in Lebanon and the region were presented.

And Hezbollah said in a statement, “The Foreign Minister affirmed the constants of the Iranian position towards Lebanon, its support and standing by it at all levels. Nasrallah thanked the visiting delegation for Iran’s support for Lebanon, a country, a people, and a resistance during all the past decades until today.”

Nasrallah said, “Iran has proven that it is a sincere ally and a loyal friend that does not fail his friends, no matter how difficult the circumstances are, and that hopes are very high for Lebanon to emerge from this ordeal that befell it and with the cooperation of all, God willing.”

These were the details of the news Nasrallah to Abdullahian: Iran is a sincere ally who does not... for this day. We hope that we have succeeded by giving you the full details and information. To follow all our news, you can subscribe to the alerts system or to one of our different systems to provide you with all that is new.