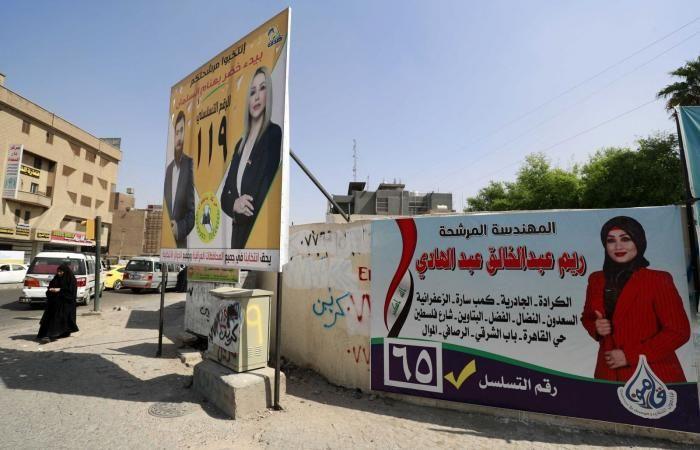 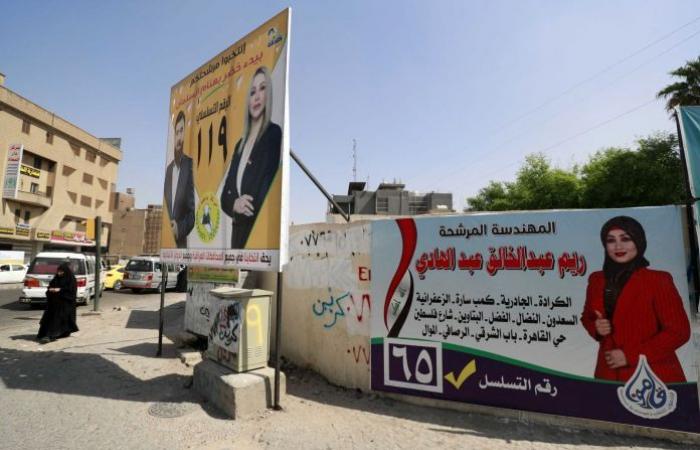 The Iraqi electoral law neglected to set a ceiling for spending on electoral propaganda, which made the door open for political money to favor some influential blocs that have power over others, according to observers.

These elections were scheduled for 2022, but the date was presented as one of the few concessions made by the authorities to confront the unprecedented popular uprising, which erupted at the end of 2019, denouncing the rampant corruption and mismanagement of public institutions, and the lack of public services in Iraq.

On October 10, about 25 million Iraqi voters will be invited to choose from among some 3,249 candidates vying for 329 seats in parliament.

The law is not specified
The spokeswoman for the Independent High Electoral Commission in Iraq, Jumana Al-Ghalai, told Al-Hurra that “there is no provision in any law related to the electoral process about setting a ceiling for electoral campaigning, in order for the commission to obligate the candidate to do so.”

In his interview with Al-Hurra, the former head of the electoral administration, Miqdad Al-Sharifi, stated that “there was a draft law stipulating this previously, but it was not passed.”

The current official in the commission, Imad Jamil, confirmed that the electoral campaign system does not actually set a ceiling for spending on it, but he pointed out that “the electoral law has seven paragraphs, starting from Article 32 to 37, all of which are penalties that limit these operations,” adding that “the electoral law The parties are also following up on the sources of funds and financing.”

He told Al-Hurra: “We do not rely only on the electoral propaganda law in our work, but there are nine systems that regulate the voting process and elections in general, starting with observers, candidates and agents to electoral campaigns.”

“Monitoring finance when extravagant”
Jamil explained that “most of the candidates are affiliated with parties, and their number is 2,300, and the independents are about 900.”

He stressed that “the law of parties is subject to the controls and resources of funds, financing, use of state resources and influence, all of these matters are followed up,” noting that the Commission has “monitoring teams spread throughout Iraq, amounting to 1,079 teams in addition to technicians in different governorates.”

These were the details of the news “Political money” threatens the Iraqi elections for this day. We hope that we have succeeded by giving you the full details and information. To follow all our news, you can subscribe to the alerts system or to one of our different systems to provide you with all that is new.