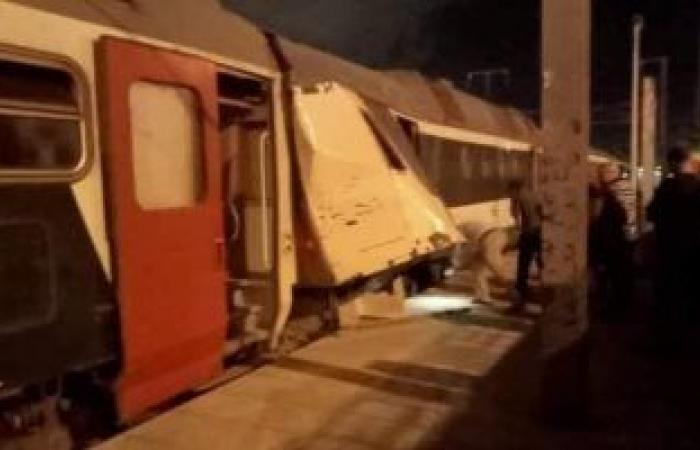 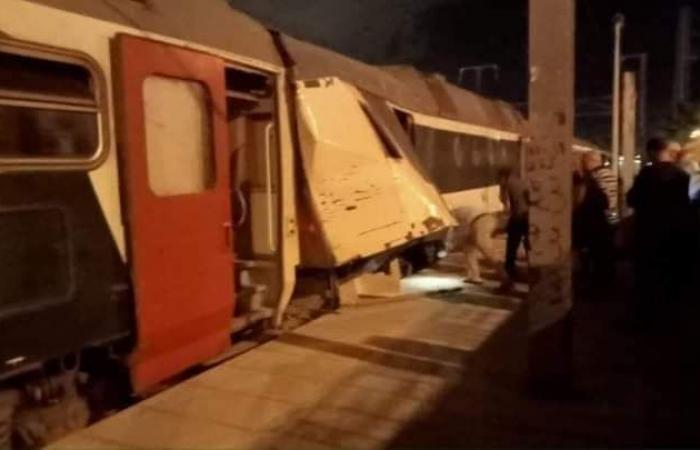 We publish the first photos and video of an accident that collided with two passenger trains in the Tunisian city of Muqrin, Riyadh, injuring 33 people with various injuries, as a preliminary outcome of the accident, according to Tunisian media..

Civil Protection spokesman in Tunisia, Moez Teraa, explained that no deaths were confirmed among the injured, indicating that the accident between the southern Ahwaz train and the Tunis-Sousse express train, at the level of the queue station in Riyadh..

Moez Treaa indicated that many of the injured were taken to hospitals near the accident site, and the serious injuries were taken to Ben Arous Hospital..

The official page of the Tunisian National Railways Company said that, this evening, Thursday, October 07, 2021 at 19 and 20 minutes at the level of the Muqrin station, Riyadh, the accident of catching the southern Ahwaz train coming from the Riyadh station in the direction of the Tunis station with the long-line train coming from the Gabes station and stopping at the station Riyadh headquarters.

side of the accident

And she continued: The accident resulted in an initial toll, injuring 33 passengers with injuries of varying severity, and they were urgently transferred to hospitals to receive first aid.

She added: While the Tunisian National Railways regrets the occurrence of this accident, it wishes a speedy recovery to the injured and knows that it has launched an investigation to find out the circumstances and causes of the accident and determine the responsibilities. It also commends the urgent intervention of the Civil Protection and the security authorities.

These were the details of the news The first photos and video of the two trains colliding in... for this day. We hope that we have succeeded by giving you the full details and information. To follow all our news, you can subscribe to the alerts system or to one of our different systems to provide you with all that is new.