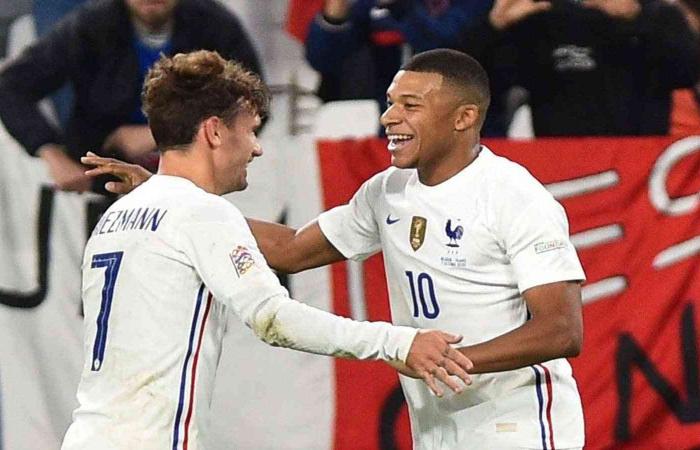 The French national team reached the final of the European Football Championship, after overturning its 0/2 delay against its Belgian counterpart in the first half, to a 3/2 victory in the last moments, today, Thursday, in the semi-finals of the continental competition.

At the Allianz Stadium in Turin, Italy, the Belgian team ended the first half with a 2-0 lead, as it started scoring in the 37th minute through Yannick Carrasco, before Romelu Lukaku added the second goal in the 41st minute.

The excitement continued in the second half, as Karim Benzema reduced the difference by scoring the first goal for France in the 62nd minute, followed by his colleague Kylian Mbappe with the second goal in the 69th minute from a penalty kick.

While everyone was preparing for the end of the original time with a 2/2 draw, and preparing to go into extra time, Theo Hernandez scored the winning goal and climbed up to the (Rooster) team in the 90th minute, to lead the (world champions) to the final.

And the French national team hit a date in the final match next Sunday with the Spanish team, which beat its Italian counterpart 2-1 on Wednesday in the other semi-final match.

These were the details of the news Exciting remontada against Belgium leads France to the UEFA Nations League... for this day. We hope that we have succeeded by giving you the full details and information. To follow all our news, you can subscribe to the alerts system or to one of our different systems to provide you with all that is new.