243 members and 4 officers escaped from the security forces, and... 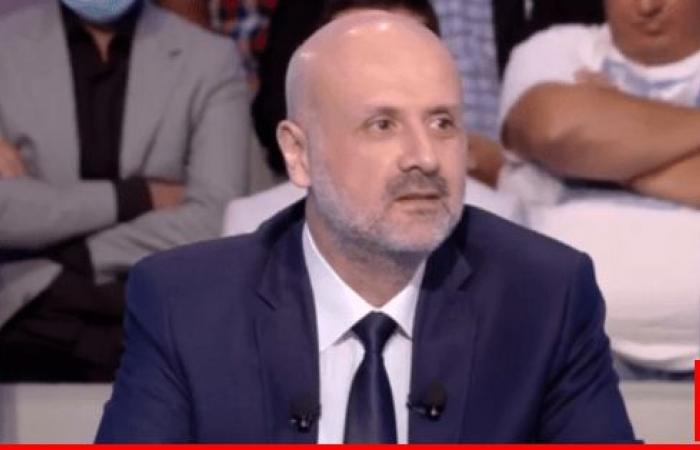 Interior Minister Bassam Mawlawi revealed that 243 members and 4 officers fled from the security forces, and one officer and 97 members of the General Security, due to the economic and living conditions and because the conditions of service are difficult, stressing that “the escape of the elements is not good nor We accept it, and we must help the elements to have their social, humanitarian and medical needs so that they do not flee, and this is what we are working on with all concerned.”

During a television interview, Mawlawi pointed out, “We are keen to secure the military as much as we can, and the public finances must help us, and there are contacts between us and the Director General and some international parties enthusiastic to assist the security forces with training and logistical and in-kind matters, and we have an idea to secure buses to transport the soldiers from the south and the Bekaa.” and Akkar”.

He pointed out that “the security situation is acceptable, but it is not very good, and since the government was formed, people want to take a little hope,” explaining that “between 2020 and 2021, we witnessed a 20 percent decrease in murders and indiscriminate shootings, as well as 11 percent in drugs, while We have seen an increase in theft rates and traffic accidents, and I follow up on the situation on a daily basis.”

He pointed out that “a week before the announcement of the formation of the government, I went to visit the head of the Free Patriotic Movement, Representative Gibran Bassil, at the request of the President of the Republic, and I spoke with Prime Minister Najib Mikati about this matter, and he said to me: You should definitely go to him,” explaining that “he did not talk to me about voting in the government, appointments, or elections, but rather a meeting of acquaintance.”

Regarding the negotiating committee with the International Monetary Fund, Mawlawi clarified that “the names proposed by the President of the Republic were approved by the Prime Minister, and all of them have competence,” stressing that “the issues of appointments were not raised, neither in the cabinet nor in the scenes, and when they are raised, each minister works with his conscience.”

He stressed, “I will study what files were given to me about giving permission to prosecute the Director General of Public Security, Major General Abbas Ibrahim, and about the issue of the port explosion, and the decision may be unexpected, and I will announce it at the time after I study what was given to me of the file. I was informed on September 28, and according to Article 61, the deadline for response is 15 working days, and this has not yet expired.

In parallel, the Minister of Interior expressed his keenness to “control the borders and the security of Saudi Arabia and the society there, and we do not accept that any danger or harm be issued from us there, and when the issue is raised, we take all measures to prevent any danger that may reach Saudi Arabia, and it is possible that the amendment will take place.” plan to deal with them. He added: “With regard to the land borders, we must see what we can do in this regard, even though the tasks are distributed on the land borders.”

He believed that “the chaos at Beirut International Airport, about which the citizen complains, is caused by management and operation and not by security, and I care about the plurality of the airport security apparatus practically and from the inside to their devices, and I am my duty to protect the agencies of my ministry and all citizens from any mischief.”

In a rigid context, Mawlawi stressed, “We will do what is necessary for the issue of the elections and I am committed to the deadlines, and I will not accept the official working with us in the elections without receiving his full rights.” He pointed out, “I requested that the period of supervising the elections be limited to 6 months before and after the elections only, but this requires an amendment of the law.”

He stressed that “the government has committed to its ministerial statement by holding the elections on time, that is, before the end of the parliament’s mandate on May 21, within the deadlines. In this context, the Ministry of Interior is committed to doing everything necessary to implement the law and implement what is issued by the House of Representatives on the issue and date of the elections.” .

He pointed out that “the issue of “Megacenter” requires a law, and it does not exist in order for us to be able to implement it.” He pointed out, “I visited Parliament Speaker Nabih Berri once, and he told me that he wanted the elections to take place before Ramadan.” He stressed that he “will certainly not run for the upcoming parliamentary elections.”

These were the details of the news 243 members and 4 officers escaped from the security forces, and... for this day. We hope that we have succeeded by giving you the full details and information. To follow all our news, you can subscribe to the alerts system or to one of our different systems to provide you with all that is new.