The King congratulates Messi and apologizes for the delay 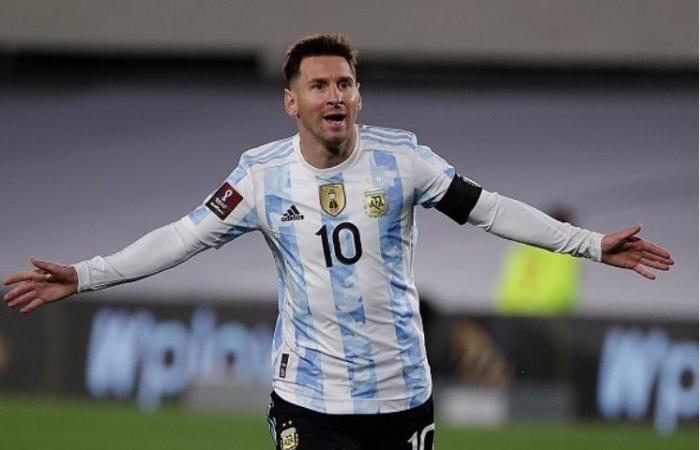 Atletico Madrid, the Spanish Football League title holder, suffered a shocking loss at the bottom of the standings, Alaves, 0-1, while Villarreal braked its host Real Madrid by forcing it to a goalless draw, Saturday, in the seventh stage.

In the first match, the header of the veteran, Victor LaGuardia, was enough in the fourth minute to inflict the first loss in the squad of Argentine coach Diego Simeone this season, after four victories and two draws. Alaves had lost all five of its matches before Saturday’s surprise.

Despite his relatively good score this season, Atletico grabbed the points with difficulty, as Villarreal equalized in the deadly time (2-2), and won in the last breath over Espanyol 2-1, while overturning its delay against Getafe with a goal to win in the deadly moments with a double for its veteran Uruguayan striker, Luis. Soares, who played a key player, Saturday, alongside the French, Antoine Griezmann, was unsuccessful.

But on Saturday at the small Mendisorosa stadium, Rojiblancos could not turn the numbers this time, and suffered its first loss before facing Milan, Italy, on Tuesday, in the Champions League.

The capital’s players were absent from thoughts and did not threaten the Alaves goal except in rare cases. Simeone tried to change the equation by making three changes in the 60th minute, but his tactic failed.

On the other hand, captain LaGuardia was the star of the match, scoring the second goal for his team this season, as he saved his own goal at the beginning of the second half from a goal by Argentine Rodrigo de Paul.

Atlético’s balance froze at 14 points and fell to third place with a goal difference behind Seville, who continued his revival and achieved his second successive victory and fourth this season when he beat his guest Espanyol with two clean goals scored by Moroccan international Youssef Al-Nusairi (13) and Rafael Vicente Mir (87).

It is noteworthy that Seville has a postponed match against Barcelona.

Simeone expressed his displeasure after the loss, and admitted in a press conference the absence of ideas, “We had this before against Espanyol and Porto (the Portuguese in the European Champions League). Today (Saturday), we really missed ideas. The entry of Argentine Angel Correa helped us in the second half thanks to his qualifications. Technical, his incursions and his superiority in bilateral confrontations. I do not like facing teams that lose a lot because they will end their disappointing series by achieving victory, and unfortunately we fell into this trap today.”

In the second match at the “Santiago Bernabeu” stadium in Madrid, Real Madrid fell into the trap of a disappointing draw against its guest Villarreal, but the latter was the most dangerous and closest to winning. The royal club’s successive series of victories stopped at four.

It is the second tie for the capital club this season, compared to 5 victories, which strengthened its position in the lead with 17 points, 3 points ahead of Sevilla.

The “yellow submarine” team was the most dangerous in the first half, and the Dutchman of Nigerian origin, Arno Danjuma, almost did it when he penetrated into the area and hit a powerful ball, which was narrowly pushed away by Belgian international goalkeeper Thibaut Courtois to a corner (13).

And the same player returned to threaten the Madrid goal when he received a ball inside the area and manipulated the Uruguayan midfielder Federico Valverde and shot it next to the right post (38).

The Portuguese defender, Eder Militao, almost gave Real Madrid the lead with a header after a free kick to the side of the Croatian international Luka Modric, but his ball passed near the right post (50).

Courtois continued his brilliance and blocked a powerful shot by Danjuma from outside the area, and it rebounded from him and removed the Brazilian defender Eder Militao to a corner that did not bear fruit (54).

Substitute Isco almost opened the scoring with a header from close range after a cross pass from the other Belgian international, Eden Hazard, but the guest goalkeeper pushed it away with his hands and prepared in front of the Brazilian Vinicius Junior, who hit the former Real defender Raul Albiol and turned outside the field (82).

In a third match, Brazilian striker Marcos Andre saved his Valencia team from the third loss in a row (he fell against Real Madrid and Seville) when he equalized against his guest Athletic Bilbao in the fifth minute of overtime.

Athletic Bilbao was on the way to restoring balance after a draw with Atletico Madrid and a loss against Rayo Vallecano when they advanced with a goal by Inigo Martinez in the 69th minute, but Andre equalized in the deadly time despite the numerical shortage in his team after his Uruguayan striker Maximiliano Gomes was sent off in the 82nd minute.

These were the details of the news The King congratulates Messi and apologizes for the delay for this day. We hope that we have succeeded by giving you the full details and information. To follow all our news, you can subscribe to the alerts system or to one of our different systems to provide you with all that is new.