A country claims not to record any infection with “Corona” …... 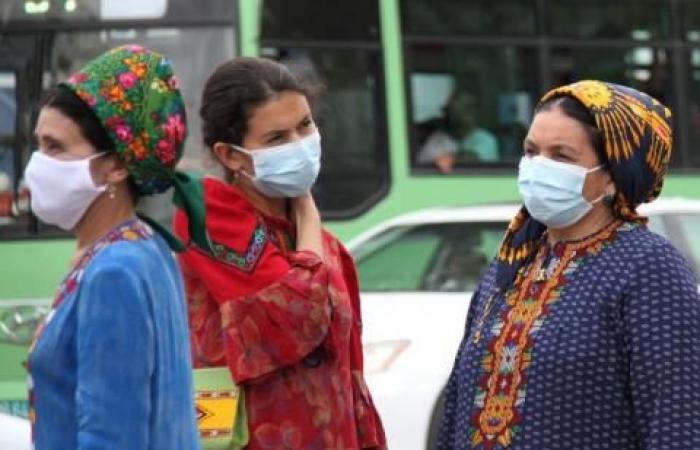 After nearly two years since the start of the Corona epidemic, Turkmenistan confirms that it has not recorded any cases of the virus, or at least, this is what the government of the Central Asian country claims.

Turkmenistan, a former Soviet republic of nearly 6 million people, is one of at least five countries that have not reported any cases of the coronavirus, according to a review of data compiled by Johns Hopkins University and the World Health Organization. Three of these countries are isolated islands in the Pacific Ocean and the fourth is North Korea, a closed country that is under tight control, according to CNN.

Turkmenistan’s President Gurbanguly Berdymukhamedov, who has ruled the country since 2006, dismissed reports of the COVID-19 outbreak as “fake” and told the United Nations in a speech on Tuesday that the response to the pandemic should not be “politicised.”

But independent organisations, journalists and activists outside Turkmenistan say there is evidence the country is fighting a third wave that would flood hospitals and kill dozens – and warn that the president is downplaying the threat of the deadly virus.

Ruslan Myatiev, an exile from Turkmenistan and editor-in-chief of the Netherlands-based independent news organization Turkmen News, said he has personally collected the names of more than 60 people he says have died of COVID-19 inside the country, including teachers, artists and doctors.

Myatiev stated that he checked all deaths recorded in health records, and revealed severe lung damage and medical treatment consistent with the victims of the “Corona” virus.

“Instead of accepting the matter and cooperating with the international community, Turkmenistan decided to hide what is happening inside,” Myatiev said.

With the spread of COVID-19 around the world at the beginning of 2020, Turkmenistan insisted that there were no cases of infection in the country, even as neighboring countries reported significant outbreaks of the disease.

Iran, with which Turkmenistan shares a long land border, has reported one of the world’s largest coronavirus outbreaks, with nearly 5.5 million total cases.

“You look at what’s happening in other countries in the region… How could Turkmenistan be different?” said Rachel Dunbar, deputy director of Europe and Central Asia at Human Rights Watch.

According to the British and Australian Foreign Office websites, all flights to Turkmenistan are currently suspended, and only Turkmen nationals are allowed to enter the country.

Myatiev said that his sources in Turkmenistan began contacting him about cases around May 2020, around the same time that “Covid-19” spread around the world. He said that the first messages he received spoke of a “strange flu-like lung disease” that affects many people.

“It was at least 40 degrees Celsius outside (104 degrees Fahrenheit) – it wasn’t a normal flu season,” he said.

In June 2020, the US Embassy in the capital, Ashgabat, issued a health warning against “reports of local citizens suffering from symptoms consistent with (Corona) and undergoing tests, and being placed in quarantine for up to 14 days.”

The government of Turkmenistan immediately described the statement as “fake news”.

The World Health Organization mission to Turkmenistan in July 2020 did not confirm any cases of coronavirus inside the country, but said it was concerned about “the increase in the number of cases of acute respiratory infection and pneumonia.”

One WHO official said Turkmenistan should act “as if the (Covid-19) virus is spreading.”

By then, the situation was out of control, according to Myatiev. The government advised citizens to take strange public health measures, such as eating a certain type of spicy soup.

In January of this year, Turkmenistan announced that it had approved the Russian “Sputnik-V” vaccine against the Corona virus for use in the country. Then in June, the World Bank agreed to lend the government of Turkmenistan $20 million, mostly for health facilities and construction.

Most recently, on Tuesday, President Berdymukhamedov said the international community’s efforts to tackle the pandemic were “insufficient,” though he did not mention the situation inside his country.

He continued, “The epidemic has exposed serious systematic failures in the international response to this challenge.”

These were the details of the news A country claims not to record any infection with “Corona” …... for this day. We hope that we have succeeded by giving you the full details and information. To follow all our news, you can subscribe to the alerts system or to one of our different systems to provide you with all that is new.