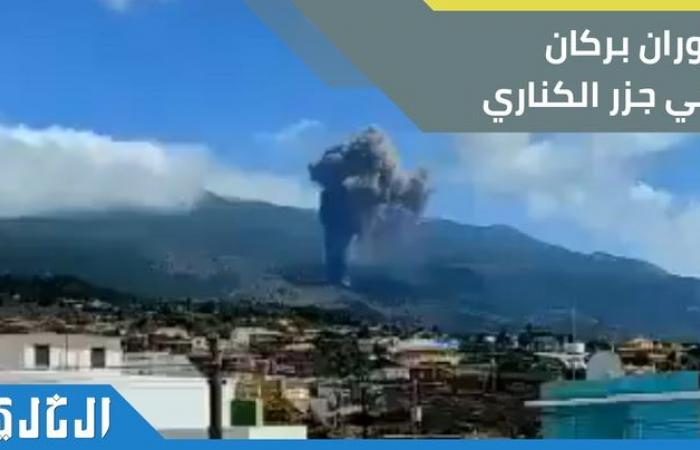 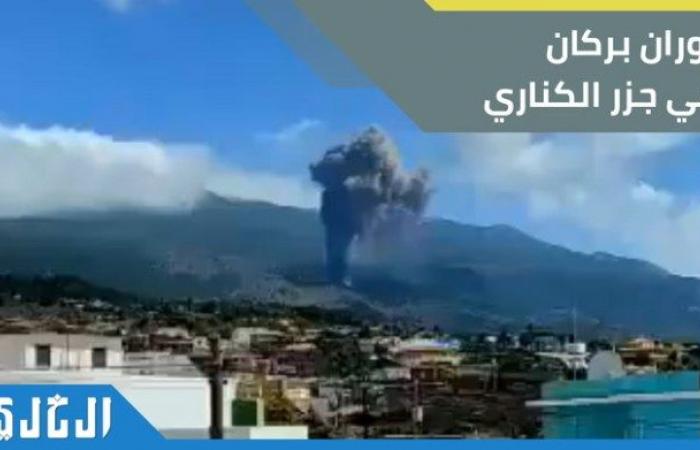 The Cumbre Vieja volcano erupted on the Spanish island of La Palma in the Canary Archipelago, which has been recording intense seismic activity for days, Sunday, for the first time in 50 years.
In a tweet, the local government, which has begun carrying out evacuations in the populated areas closest to the volcano, wrote: “Volcanic eruption has begun in El Paso’s Cabeza de Vaca region.”
“Residents are asked to be very careful and to stay away from the eruption area to avoid any dangers,” she added.
“The volcano erupted in a forested area,” said the president of the Canary Islands, Angel Victor Torres, calling for caution. Clouds of smoke, ash and lava were rising from the crater, according to the first scenes broadcast by Spanish public television at around 16:30 (14:30 GMT).
The Cumbre Vieja volcano has been under observation for a week due to the significant increase in seismic activity.
The Canary Islands Institute of Volcanology has recorded thousands of earthquakes measuring 4 on the Richter scale since last Saturday.
The authorities, who had informed residents to be ready several days in advance, a few hours before the eruption, began evacuating people with disabilities in the towns closest to the volcano on this island off the coast of northwest Africa.
Prime Minister Pedro Sanchez, who was scheduled to leave for New York to attend the United Nations General Assembly, decided to go to the place immediately.
The Spanish government’s media office said in a statement that, given the situation on the island of La Palma, the Prime Minister has postponed his scheduled trip to New York and will visit the Canary Islands to follow up on developments in the situation.

These were the details of the news Volcano eruption in the Spanish Canary Islands for this day. We hope that we have succeeded by giving you the full details and information. To follow all our news, you can subscribe to the alerts system or to one of our different systems to provide you with all that is new.