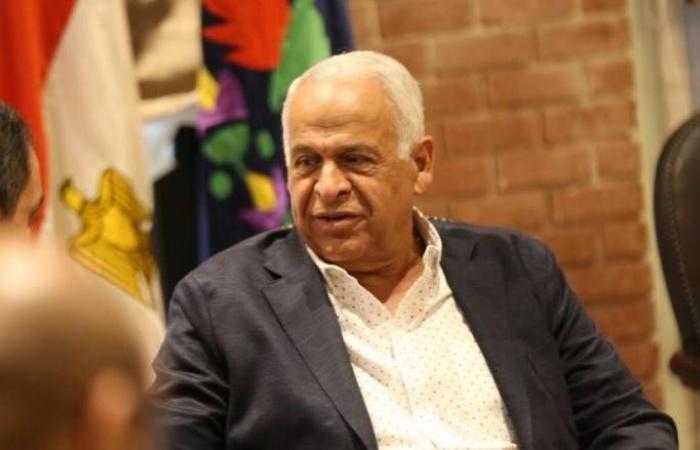 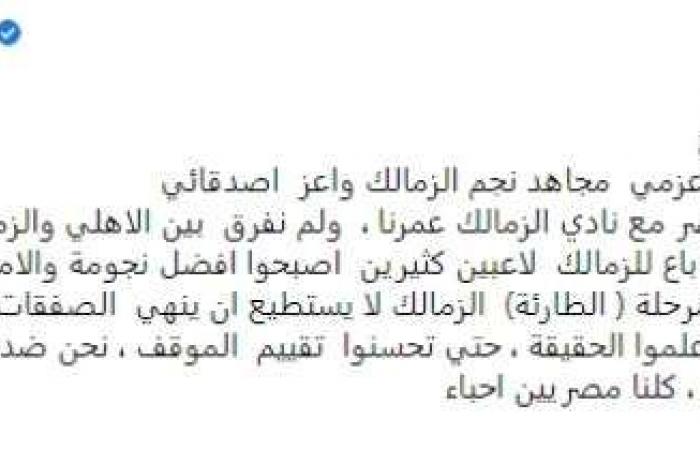 commented the engineer Mohamed Farag AmerThe president of Smouha Club, on the accusations against the Alexandrian club that he prefers dealing with Al-Ahly club over Zamalek, in the deals file, during the current summer transfer period, especially after Hossam Hassan, the Alexandria striker, joined the ranks of the Red Castle.

“Amer” wrote through his personal account on the social networking site “Facebook”: “Egypt is above everyone, may God have mercy on Captain Azmi Mujahid, the star of Zamalek, and my best friend. And Smouha sold many players to Zamalek, who became his best stars, and the examples are many.

He added: “But at this (emergency) stage, Zamalek He cannot end the deals, so do not blame us for an act we did not commit and know the truth, until you improve your assessment of the situation. We are against fanaticism, we are with sports tolerance, we are all beloved Egyptians.”

Zamalek is deprived of restrictions because of Hossam Ashraf

Hussein Labib, president of Zamalek club, announced that the white club was deprived of registration by a decision of the International Football Association “FIFA”, due to the crisis of the player Hossam Ashraf.

Nasr Azzam, the legal advisor to the Zamalek club, wrote, through his account on Twitter, saying: “The penalty of Zamalek club by preventing the registration of new players in the case of the player Hossam Ashraf, was appealed before the cup, and the court can issue a decision to stop the penalty or cancel it at any time.” At a time, as happened with Al-Masry Club, when the penalty was canceled in a similar incident, with the situation not being easy to implement the same penalty on major clubs.”

Nasr Azzam: The registration ban is for new players only

Azzam added: “The sports penalty on clubs by preventing the registration of players issued by the International Federation in accordance with Article 17 of the FIFA Regulations. In the event of an error in contracting with a player, it is imposed on new players only, and the suspension does not apply to players returning to the club after the end of their loan period. Or the player who extends his contract with the club.

These were the details of the news Home Sports | “Don’t blame us” .. A fiery comment... for this day. We hope that we have succeeded by giving you the full details and information. To follow all our news, you can subscribe to the alerts system or to one of our different systems to provide you with all that is new.