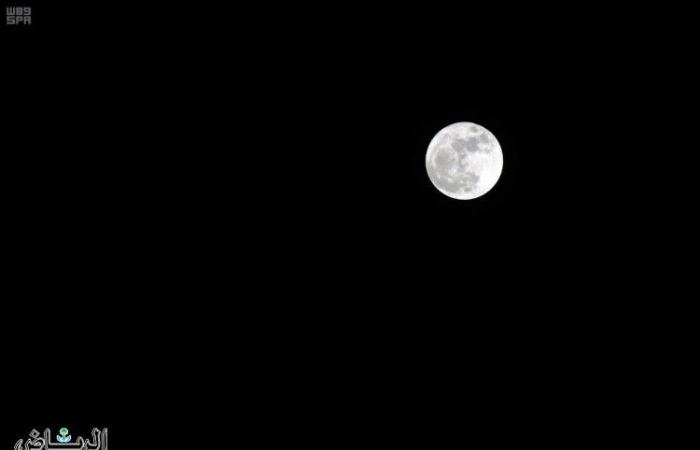 The full moon for the month of Safar 1443 will be observed tomorrow, Monday, September 20, 2021 AD, which is the last full moon in the summer and is called the harvest moon at this time of the year.

The head of the Astronomical Society in Jeddah, Eng. Majed Abu Zahra, explained that the use of the term harvest moon for several years, which is a “popular” designation, refers to the full moons that occur in September and October, which are the months close to the autumnal equinox, noting that in September and October, the time of moonrise is close to The time of sunset for several nights in a row at the time of the full moon phase in the northern hemisphere.

He pointed out that the moon will rise from the east-northeast horizon with sunset, and he will notice that the apparent size of the moon will be large when it is near the horizon, and it may be pink or orange, but after rising in the sky its small size returns, and this is just an optical illusion that occurs In the middle of every lunar month.

He added that the pink or orange color in which the moon can appear during its rising is due to the atmosphere of our planet, as its components scatter the white light reflected from the moon, so that the colors of the blue spectrum with a short wavelength are dispersed, and the colors of the red spectrum with a long wavelength that reach to the eyes.

And the engineer Abu Zahira stated that the harvest moon will reach the highest point in the sky at midnight local time, tilting towards the south, and it will follow that and reach the moment of completion at an angle of 180 degrees from the sun at 02:54 after midnight Saudi time, and it will be cut in half orbit around the Earth during month, and it will remain to be seen until sunset with the sunrise of Tuesday.

These were the details of the news Riyadh Newspaper | Jeddah’s astronomer monitors the “harvest moon” ..... for this day. We hope that we have succeeded by giving you the full details and information. To follow all our news, you can subscribe to the alerts system or to one of our different systems to provide you with all that is new.