She gave birth to him.. a woman discovers that her husband... 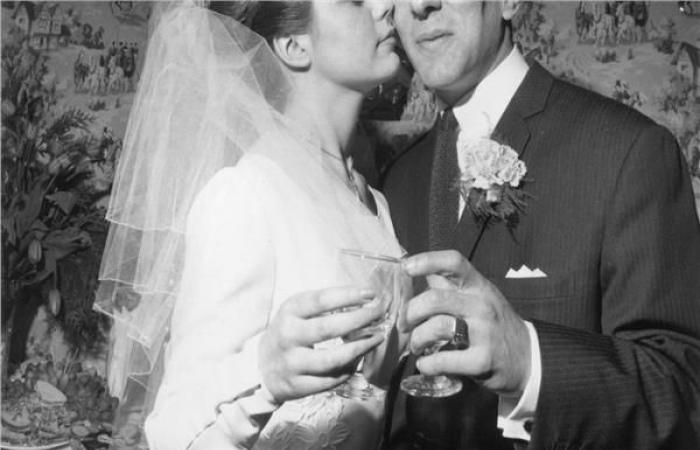 A twenty-four-year-old Englishwoman named Mrs. Margaret Hughes, who lives in Hereford, western Britain, with her two young children, discovered that her husband and the father of her two children were none other than her brother, who had been separated from her since her childhood days. What is the story?

Margaret left her husband four months ago when she discovered this dangerous secret, and her lawyer said that he would soon apply to the judiciary and request the annulment of this marriage, according to the painful story published by a newspaper in Akhbar Al-Youm in 1955.

As for the woman, she said, “I will not be separated from my child, even if I have to work all hours of the day and night. Mrs. Hughes has given birth to two children from her husband, who is her brother at the same time, namely Robert, who is two years old, and Michelle, who is six months old.”

How did the tragedy happen?!

The story began when Margaret’s parents died when she was a little girl, and she had a brother named Jeffrey.

Read also| The suffering of a husband.. I asked him for permission to go sewing, and he found her entering the cinema with another young man

And two years had passed since the two children were in their orphanage, when a man named Mr. Stanham and his wife applied to the administration of the girls’ shelter asking to adopt the girl Margaret and the girl went out to live in the house of her new parents and changed her family name and the years passed and the girl grew up.

In 1948, Margaret joined the military service in the British Air Force, and at this age the girl met a young man named Geoffrey Hughes at a dance party.

And after her service in the arms ended, she met her young boyfriend again, and they met several times, and the young man felt that he loved this girl, so he proposed to her, and in 1951 Margaret and Geoffrey celebrated their marriage.

This is the story. As for how Margaret found out that she had married her brother, this is another story that she sat down to tell, and says: “When I gave birth to my second child, Michelle, a woman came to visit me, and told me that my real name was Margaret Hughes, not Margaret Stanham as I had imagined.”

I went to the Births, Marriages and Deaths Registry office to make sure of my real name and the shock almost killed me when I found out that Jefri, my husband and the father of my child, is my brother whom I separated from many years ago.

She continues: “We made this terrible mistake because I wrote my name on the marriage certificate as Margaret Stanham. I imagined that I was really living between my father and mother, and I did not know that I was their adopted daughter. The tragedy broke the heart of my husband and my brother. I have been separated from him since the day I discovered this terrible secret, and I do not know where he is now.”

Then the unfortunate mother lived with her two children in the house of an old lady who knew her plight, and took pity on her and invited her to stay with her.

These were the details of the news She gave birth to him.. a woman discovers that her husband... for this day. We hope that we have succeeded by giving you the full details and information. To follow all our news, you can subscribe to the alerts system or to one of our different systems to provide you with all that is new.