The first “closed” camp for asylum seekers opens in Greece 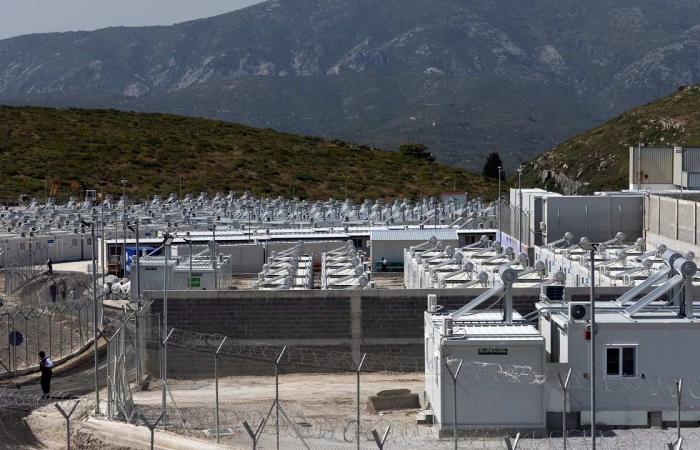 The Greek government on Saturday opened a refugee camp on the island of Samos, opposite Turkey, surrounded by razor wire, surveillance cameras, X-ray scanners and magnetic doors, the first camp described as “closed and monitored”.

At first glance, the camp looks like a secluded prison, even though it is a quarter of an hour’s drive from the main town.

On a plot of more than 12,000 square meters bordered by a double line of barbed wire, more than 300 asylum seekers will be transferred as of Monday from the overcrowded camp in the suburb of Vathy, which the army will then dismantle and remove the containers before handing over the land to the municipality.

“From Samos, we send a message to all the islands: images of unsanitary camps are now a thing of the past,” Greek Migration Minister Notis Mitarakhi said at the opening of the still empty camp.

Asylum seekers will be divided into several “neighbourhoods”, and will be able to use areas for catering, sports and games, as well as communal kitchens. Each bedroom has five beds and a wardrobe with toilets and shared bathrooms, the AFP team reported.

The cost of the new camp, which has been criticized by many NGOs, is 43 million euros, according to the Ministry of Migration.

These were the details of the news The first “closed” camp for asylum seekers opens in Greece for this day. We hope that we have succeeded by giving you the full details and information. To follow all our news, you can subscribe to the alerts system or to one of our different systems to provide you with all that is new.