Biden supports the chief of staff after news of “secret” contacts... 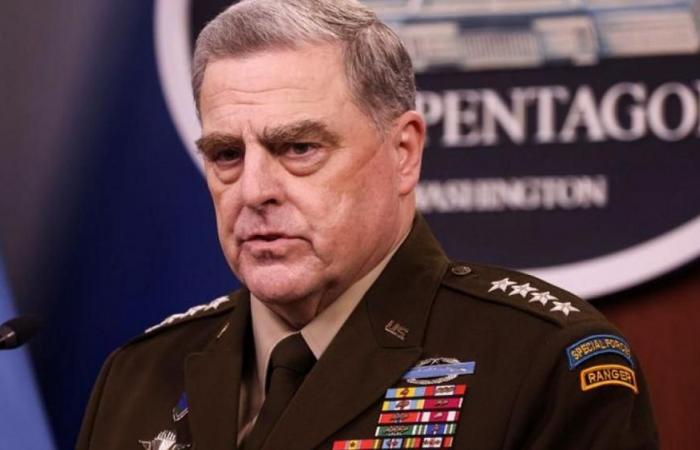 WASHINGTON (Reuters) – U.S. President Joe Biden on Wednesday declared his support for General Mark Milley, the chairman of the Joint Chiefs of Staff, a day after a new book reported that he had secretly made contact with his Chinese counterpart without the country’s civilian leadership knowledge to reassure Beijing about its concerns about then-President Donald Trump. Trump.

Milley’s office denied what was stated in the book, saying that the contacts made by the general in his capacity as Chairman of the US Joint Chiefs of Staff were coordinated within the Ministry of Defense (Pentagon) and through the US government.

Excerpts from the book said that Milley secretly called Chinese General Li Zhouqing, chairman of the Joint Chiefs of Staff of China in the last months of the Trump administration, to tell him that the United States was stable and would not launch an attack on China, and that if such an attack occurred, he would alert him before it.

The news raised fears that Milley may have undermined civil authority, but Biden defended him on Wednesday.

“I have great faith in General Milley,” Biden said.

Colonel Dave Butler, Milley’s spokesman, said Milley’s contacts with Chinese and other officials in October and January were in line with his responsibilities “to maintain strategic stability.”

Butler said in a statement, “All communications of the head of the authority with his counterparts, including those mentioned above, took place in the presence of employees and in coordination and communication with the Ministry of Defense and the participation of the relevant agencies.”

“General Milley continues to act and advise within his authority under the legal tradition of civilian control of the military and its constitutional oath,” Butler added.

He did not directly refute what was stated in the report regarding the content of the communications.

The US Department of Defense also announced its strong support for Milley.

“The secretary has complete confidence in General Milley and in his role as Chairman of the Joint Chiefs of Staff,” Defense Department spokesman John Kirby told reporters, but declined to address the allegations in the book.

Next week, the book “Pearl” by Bob Woodward and Robert Costa will be released. The authors say they relied on interviews with 200 sources.

Trump, in a statement on Tuesday, cast doubt on the entire story, calling it “made up.” If the story was true, he said, Millie should be tried for treason.

“For history, I have never considered attacking China,” Trump added.

Trump, a Republican, appointed Milley to the top military post in 2018, but began criticizing him after losing the presidential election to Biden in November 2020.

According to the Washington Post, the book also stated that Milley called senior officers to review procedures for launching nuclear weapons and told them that while only the president could give the order to use them, he should also be informed.

These were the details of the news Biden supports the chief of staff after news of “secret” contacts... for this day. We hope that we have succeeded by giving you the full details and information. To follow all our news, you can subscribe to the alerts system or to one of our different systems to provide you with all that is new.