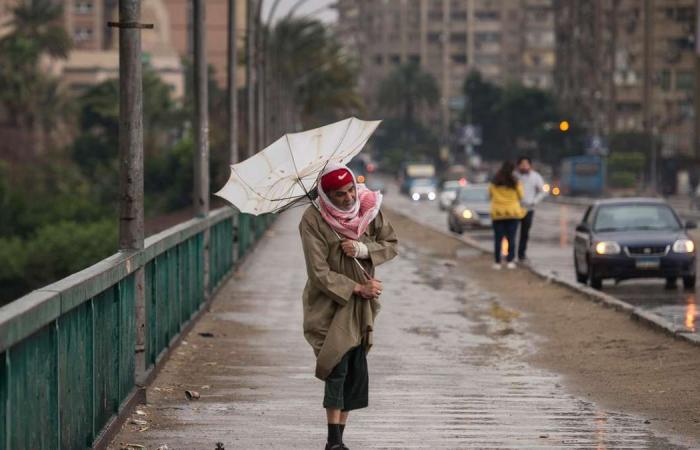 Hind Al Soulia - Riyadh - At least five people were killed in Egypt on Thursday in accidents caused by heavy rainfall and gale-force winds that began in the early hours of the morning.

Cairo’s sky paled from its usual blue to whitish grey and many of its streets were deserted as the city’s estimated 20 million residents appeared to heed government advice to stay indoors, both due to the weather and coronavirus.

To minimise the impact of the storm, the government declared Thursday a national holiday, granting workers, schools and universities a long weekend that will last until Sunday.

It comes as authorities escalate measures to prevent a major outbreak of coronavirus, which has killed one in Egypt — a German tourist, 60, who succumbed to the fast spreading virus at the weekend and infected nearly 60.

The package of preventive measures that have been adopted to contain the virus include a 10-day suspension of prison visits, a ban on large crowds, the closure of theatres and the Opera House, and the suspension of many sports and school activities.

In the southern province of Qena, which wore the brunt of the fatalities caused by the storm, a child was killed and five other people injured when rain caused the roof of two homes to cave in. A driver was also killed when strong winds overturned his car and another man died after a wall collapsed on him.

Qena also suffered 10 fires as a result of the poor weather conditions.

In the western province of New Valley, a worker for a local electricity company was killed as he tried to repair a power pole, while in the Nile Delta town of Menouf, north of Cairo, a man was electrocuted by street light.

In Cairo, the metro was suspended for 15 minutes due to a power cut caused by the downpour and authorities closed the airport in the southern city of Luxor, diverting traffic to the Red Sea resort city of Hurghada.

The port in the Mediterranean city of Alexandria was closed and sea activity off the coast of the resort of Sharm El Sheikh in the southern tip of the Sinai Peninsula was also suspended.

The intense weather is expected to last until Saturday, according to Egypt’s meteorological department.

These were the details of the news Storm in Egypt kills five as national holiday called to minimise impact for this day. We hope that we have succeeded by giving you the full details and information. To follow all our news, you can subscribe to the alerts system or to one of our different systems to provide you with all that is new.