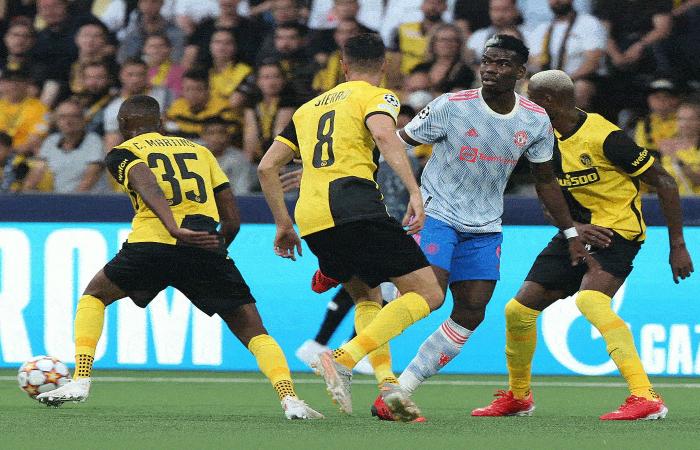 At the Swiss Wankdorf stadium in Berne, Switzerland, Ronaldo scored the first goals of the new season, as he opened the scoring for Manchester United in the 13th minute.

Ronaldo raised his score to 135 goals in his record of participation in the European Championship, and the goal was his first in the Manchester United shirt in the Champions League since 2009, when he left the team to join Real Madrid.

Manchester United received a shock in the 35th minute after Aaron van Bissaka was expelled from the team, and Young Boys took advantage of his numerical superiority to equalize through Nicolas Mommy in the 66th minute.

The match almost ended in a draw, but substitute Jordan Sebachio snatched the winning goal 2/1 for Liang Boys in the fifth minute of stoppage time for the match after a fatal error from Jesse Lingard.

Young Boys scored the first three points in Group F, which is witnessing today’s meeting with Villarreal of Spain with Atalanta of Italy.

These were the details of the news Young Boys spoil Ronaldo’s celebration and beat Manchester United in the... for this day. We hope that we have succeeded by giving you the full details and information. To follow all our news, you can subscribe to the alerts system or to one of our different systems to provide you with all that is new.