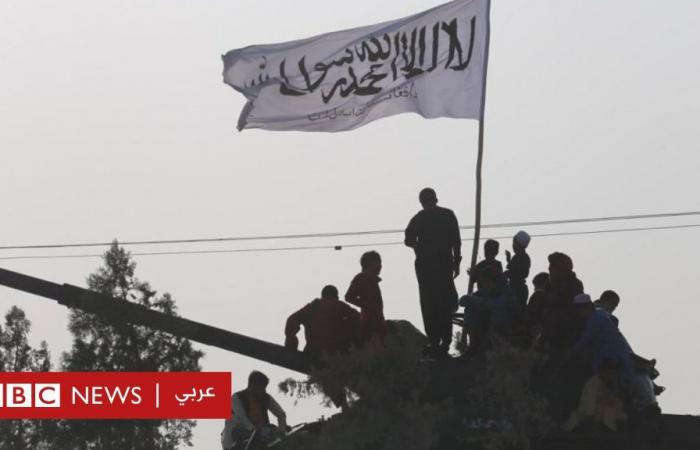 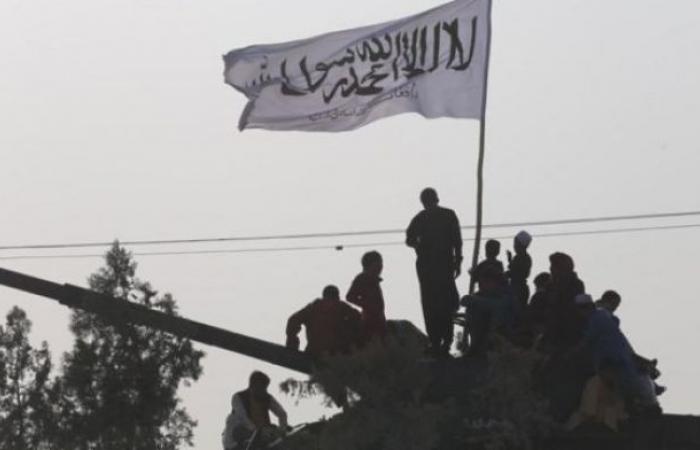 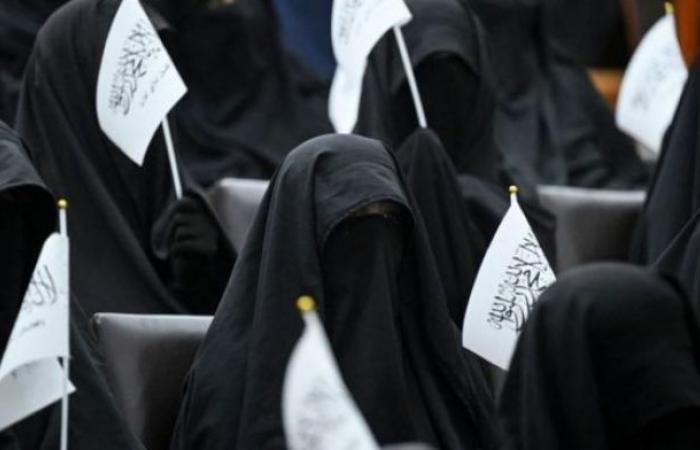 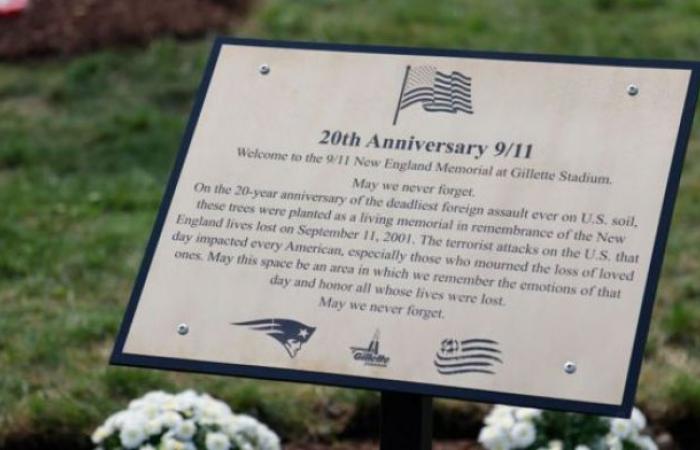 British newspapers have been interested in various topics related to the Middle East. We will stop at some of them. It is the relationship of the Gulf states with the United States in light of Afghan developments, the current situation of women under the rule of the Taliban movement in Afghanistan, and an opinion article on what it meant to “be a Muslim” before the events of September 11, 2001.

And we start from the Guardian, where diplomatic affairs editor Patrick Wintour quoted a “senior Gulf official” as saying that “the Taliban takeover of Afghanistan is a devastating earthquake that will shape the Middle East for many years,” warning that, “Despite the group’s promises of moderation, the armed group does not It remains basically the same as it was last time in power.”

The Gulf official, who asked not to be identified, said that “the rapid and chaotic US withdrawal also raises serious questions for the Gulf states about the value of US security promises over the next twenty years.”

“Afghanistan is an earthquake, a devastating earthquake, and this will be with us for a very, very long time,” the official said.

“This incident represents a complete break with the outdated Carter Doctrine – a commitment that the oil-dependent United States will use military force to defend its interests in the Gulf,” he added.

The writer quoted the Gulf official’s question as to whether the Gulf could “rely on an American security umbrella for the next twenty years?”

The official pointed out that “20 years of war, which is supposed to be a battle against those who hijacked Islam, has left no legacy in Afghanistan,” and predicted that “the Taliban’s seizure of power will raise concern among leaders in West Africa and the Sahel about the emergence of Islamic extremism.” Newly confident.”

“It is possible that Afghanistan will be seen as a victory for Pakistan and an opportunity for China – with the United States playing little role,” the official told the Guardian.

He added that many Gulf countries “have already begun to readjust their foreign policy to take into account the declining US dependence on oil and the growing popularity of US isolationism,” now expecting to speed up this process, which leads to a realignment in alliances and the desire of some historical competitors “to establish More realistic relationships.

In this context, he expected to see more discussions between Saudi Arabia and Iran in the future, as well as between the United Arab Emirates and Iran. The official also pointed to the signing of a defense agreement between Saudi Arabia and Russia as a sign that in the post-carbon era, the Gulf states wanted to diversify their security sources away from the United States.

Wintour notes that Iran, under its previous government led by Hassan Rouhani, began to hold secret talks with Saudi Arabia on the level of intelligence cooperation, but this may now become more open. He added that Bahrain is already seen as looking for new alliances in the region, including through the “Ibrahim Agreement” with Israel, and in the case of the United Arab Emirates through the restoration of diplomatic relations with Syria.

We turn to The Times, where Charlie Faulkner wrote a report from Kandahar saying that the women were hiding in the Taliban stronghold.

A Taliban official said last week that “it is not necessary for women to play sports, which has raised concerns about women’s freedoms.”

The group announced on Sunday that it would ban women from studying alongside men and force them to wear the headscarf.

The reporter quoted a young man named Yunus Qasemi, a hotel worker, who feared in particular for the future of his sisters.

“Kandahar was a hardline province even before the Taliban took over, with women covering their faces in public, but they used to take to the streets,” Faulkner says. “Now the sight of women in public is rare. The only people enjoying restaurants or picnics are groups of men. The women’s market is almost empty of customers.

The reporter quotes a 31-year-old Afghan woman, Fariba, as saying that she was “working at Mercy Corps before sending all the staff home last month.”

“The market was closed for the first week after the Taliban took control, but we talked to the officials who gave us permission to continue our work until we open our doors again but there are no customers,” says the woman.

“The small but very popular indoor market used to be packed with women who would come to cut their hair, enjoy some shopping or have tea with friends. Now many are afraid to leave their homes,” the reporter says.

Friba and other market workers expressed concern about the formation of the all-male cabinet and the closure of the Ministry of Women’s Affairs.

On the other hand, the Times reporter says that residents of Panjwai district, which is the spiritual home of the Taliban, are “happy with the departure of the corrupt local police forces.”

He referred to the phenomenon of child sexual abuse which is a very prominent issue across Afghanistan, particularly among the security forces in rural areas. The reporter explains that “the practice called bacha bazi is very entrenched in the culture. He is not the only father who talked about the disappearance of this threat” with the Taliban movement, which strictly forbids this phenomenon.

Also in the Guardian, Nasreen Malik wrote about what it meant to be a Muslim before the events of September 11, 2001.

“I remember being a Muslim didn’t mean much to others, and it was often a private identity, an identity that different people hold in different ways,” the writer says.

“I feel as if, back in the day, there was a time when a Muslim was more complex and more extensive – influenced by local culture and individual circumstances. Today, you can only be a good Muslim or a bad Muslim. Either you are moderate or radical. Either you are a Muslim who needs to salvation or a Muslim from whom you need to be rescued.”

“There was also a time when we were able to fight and solve our issues as Muslims, regardless of the meaning of this classification at any time, without staring at the West, or judging us as corrupt individuals or societies,” Malik said.

“When I try to remember what it was like before, what I’m really doing is trying to piece together the time when Islam went from a multidimensional personal identity to a flat, political one, and 9/11 feels like the day that happened,” she added.

“On 9/11 I was in Saudi Arabia, where al-Qaeda and the majority of the two hijackers were born. At that time, the kingdom was in the hands of hard-line clerics, who were supporting and fighting the same extremism that had reached New York. To me, it seemed like 11 September looks like something the Saudis have failed to contain – Islamic terrorism as an epic industrial spill, and a reactor meltdown, meaning thousands outside its borders have died. Now we all have to pay the price.”

“It seems that the world in which we live now was formed in one day. The events and moments collapsed and settled in the difficult daily facts and situations that became impossible to reverse.”

She concluded by saying: “A large-scale political, military and media machine mobilized to create conditions favorable to collective punishment. First there were the invasions and occupations in Afghanistan and Iraq. Then came surveillance and criminalization through anti-terror schemes. The Muslim became a person subject to accountability, suspicion, suspicion and sometimes implication.”

These were the details of the news “The Gulf is reconsidering its relationship with the United States after... for this day. We hope that we have succeeded by giving you the full details and information. To follow all our news, you can subscribe to the alerts system or to one of our different systems to provide you with all that is new. 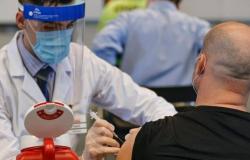