The last words .. Diaa is a general coach, and El-Hadary... 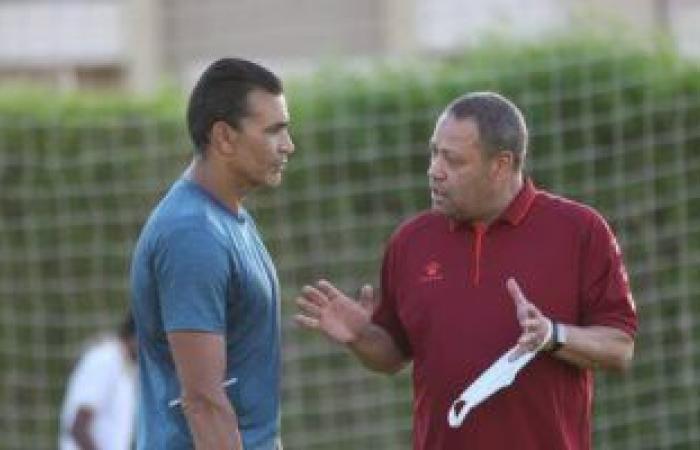 The Football Association decided to assign the task of the general coach in the Egyptian national team to Diaa El-Sayed, the former general coach of the team during the era of the American Bob Bradley, because of his previous dealings with most of the current generation of players at the time of his leadership of the youth team 2011.

Issam El-Hadary, the former national team goalkeeper, also secured the position of the team’s goalkeeper coach, in the absence of any competitor in this position, and considered him one of the most important goalkeepers of the team in the recent period.

While it was not decided that Mohamed Shawky would take the position of coach of the Egyptian national team, in the presence of more than one candidate with him, including Hosni Abd Rabbo, the former Ismaili star, and Mohamed Homs, the former Ismaili player.

So far, the Football Association has not issued an official statement on the identity of the coach of the Egyptian national team and his assistant staff.

Hassan Shehata, the training legend in Egyptian football, approached the technical leadership of the national team during the coming period, after coordination between Ashraf Sobhy, Minister of Youth and Sports, and the tripartite committee in charge of managing the Football Association..

The Minister of Sports supports the decision to appoint Hassan Shehata as technical director of the Egyptian national team, especially as he has great experience in the field of training and knows well African football, especially that the teacher has achieved historical achievements with Egyptian football that no one has preceded in Egypt or the African continent, after he was crowned with the historical trilogy of African nations. 2006, 2008 and 2010.

Al-Moallem led the Egyptian national team in 86 matches, winning 52, drawing 16 and losing 18. Under his leadership, the team scored 170 goals, and conceded 80 goals.

Al-Moallem won several titles with the national team, the most important of which was the African Cup of Nations title three times in a row in 2006, 2008 and 2010, as well as the Arab Games in 2007, and the Nile Valley Basin tournament in 2011.

These were the details of the news The last words .. Diaa is a general coach, and El-Hadary... for this day. We hope that we have succeeded by giving you the full details and information. To follow all our news, you can subscribe to the alerts system or to one of our different systems to provide you with all that is new.