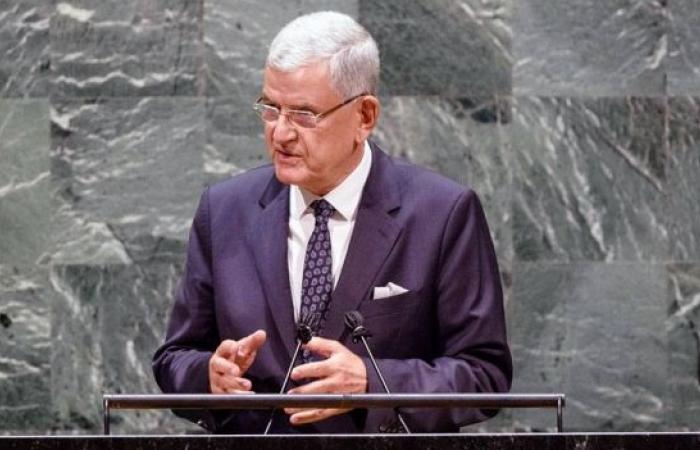 Hind Al Soulia - Riyadh - NEW YORK — The General Assembly on Tuesday held a High-level Forum on the Culture of Peace, focused on building resilience and a fair recovery against the continued ravages of COVID-19.

Opening the event, the President of the General Assembly Volkan Bozkir said “the global pandemic has arguably brought humanity closer together.”

“Rarely have we been so united against a common challenge. We must build on this shared sense of grief and anxiety, and work together to not only tackle COVID-19 but all other challenges that stand in our path,” he added.

Bozkir said the challenges “are many”, recalling his last trip to Cox’s Bazaar, in Bangladesh, where he spoke to Rohingya refugees sheltering there, and he highlight the plight faced by many in Afghanistan today, who are “scrambling to find safety and security amidst so much uncertainty.”

For him, “peace is much, much more than the absence of conflict.”

“It is a conscious effort by each of us, each moment, to talk, to listen, and to engage. It is a sustained effort to understand and overcome differences,” he explained.

Highlighting what it means to adopt a culture of peace, Bozkir said, “It is one thing to reject violence, it is an entirely different thing to make the deliberate effort to adjust our cultures and behaviors to avoid the occurrence of violence in the first place.”

He also stressed the values and principles of such a culture, including the need for dialogue and debate, for negotiation and nuance, and for empathy and understanding.

The Assembly president then pointed to the crisis in Afghanistan, saying the international community will have to draw on its “shared sense of humanity, of empathy, of compassion, to go the extra mile and provide necessary humanitarian support.”

Bozkir believes the UN already has the tools to support member states in these efforts, such as early warning strategies against conflict escalation, fact-finding missions, early deployment of peacekeepers, and fast rollout of humanitarian assistance.

For him, these are “all vital to maintaining and supporting a culture of peace, particularly when combined with development efforts that empower communities and ease tensions.”

These were the details of the news Shared ‘grief and anxiety’ a powerful unifying factor in COVID fight for this day. We hope that we have succeeded by giving you the full details and information. To follow all our news, you can subscribe to the alerts system or to one of our different systems to provide you with all that is new.