A leaker was a double agent for Apple… He’s taking revenge... 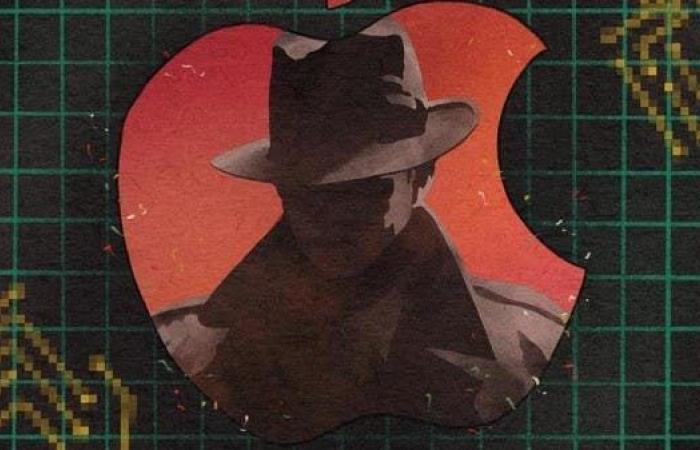 Followers of the technical field are very interested in leaks. These leaks are spread daily on specialized technical sites. They usually reveal to us the future plans of the companies along with the specifications and features of their upcoming products, and perhaps Apple is one of the most important of these companies.

Apple is very important when it comes to leaks. This is because users are interested in the company’s products on the one hand. On the other hand, the company is known to be slow in its development processes, so any information about a new feature or a new product from the company is interesting.

For more than a whole year, an active member of an electronic community managed to leak internal company documents, as well as leak important information about the company and its products, but this leaker was working as a double agent for Apple!

The leaker who helped Apple

This leaker managed to make a big splash on networks like Twitter and Discord. Its strongest showing has been in the communities about internal company leaks including leaks of upcoming hardware designs, apps being developed, and more.

On the other hand, this leaker from Apple has shared the identity of the people who leak iPhone prototypes from the factories, the journalists who release the data, and more.

The leaker Andrey Shumeiko was known as YRH04E on the Internet. And he decided to share his story with Apple as revenge for it, after it took advantage of him and did not reward him financially.

Shomiko confirmed that his allegations are true and true. Where he revealed text messages and emails he exchanged with company employees, specifically security department employees. This team is known for its fight against leaks and information dissemination.

His relationship with the American company began in 2017. That was when he warned them of a fraudulent campaign directed against one of the company’s stores. In the middle of 2020, he dealt with the company in the investigation of one of the major leaks, and at that time he became a “spy” for the company as he described himself.

This leak included a copy of the iOS 14 system that the iPhone hacker community was able to access through an initial copy stolen from Foxconn factories for the iPhone 11.

The problem started in China

Apple has prosecuted a large number of Chinese citizens on charges of leaking and selling iPhones, including a journalist for Gizmodo. Apple later began creating relationships with members of digital communities – or forums – specializing in iPhone leaks and jailbreaking, including Shumeiko.

Shomiko did not work with Apple regularly. But when iOS 14 was leaked, Shumeiko managed to get a copy. He also managed to understand how this leak occurred, and then went to tell Apple the details.

Shomiko contacted Apple’s security team via email. He offered to share with them the name and information of the person who leaked the system, as well as “hand over” a number of people selling iPhones before they were officially launched.

In response to Shomikos message, Apple offered him to be contacted by an official from the company via Signal or Telegram. He has agreed.

And Shumikos behavior was strange in this conversation. He also stated that he regretted his past actions and was ready to atone for them, even though no one had asked him to. He also mentioned that he is a well-liked person within these pools and can collect information because of this.

Shomiko then shared a large amount of information with the Apple employee he was talking to. This prompted Apple to keep communication open with Shomiko for more than a full year, knowing that this conversation took place in mid-2020.

After that, Shomiko began sharing numerous information with other leakers via Twitter, Discord, and other platforms. This double agent has been treated as a completely reliable source. One influential person in the field described him as having physical access to a lot of confidential information, which is natural given his cooperation with the company.

Because of his influence in this field and the confidence of others in him. Shimoku has managed to gain fame and confidence. Until the previous year, he managed to compile a list of the names, phone numbers and addresses of the most famous system and hardware leakers in China.

According to Shimoku, he was helping the company to avoid any future problems with it, and to improve his situation. While the employee he was communicating with asked about the possibility of getting paid for his efforts, the latter was not responsive, and did not share any details with him.

Shimoku continued over time to leak and transfer information to Apple. Including information about Apple employees who leak information online, and of course the company welcomed this information.

Shimoku exposed an employee of Apple’s office in Germany. And who was trying to sell Apple Maps information, and information used to log into official employee accounts. Then Shimoku learned that this employee had been fired.

Shimoku continued to do his work. He expected Apple to help or reward him in any way, but the company never did. Shimoku felt at the time that the company was not worthy of what he offered it, and he felt sorry for the company’s employee in Germany who was fired because of him.

Finally, Shimoku handed over additional information about the people involved in the earlier iOS 14 leak. With the passage of time, his relationship with the company and its employees was gradually cut off without any benefit from them in any way.

In an attempt to make any profit from this whole story, Shimoku is once again trying to sell the company’s inside information on Twitter. All reasonable sources also stated that Shimoku’s confessions would affect Apple strongly. It will prevent anyone interested in providing assistance and information to the Company from doing so.

These were the details of the news A leaker was a double agent for Apple… He’s taking revenge... for this day. We hope that we have succeeded by giving you the full details and information. To follow all our news, you can subscribe to the alerts system or to one of our different systems to provide you with all that is new.