The Labor Union calls for early elections: Tunisia is in a... 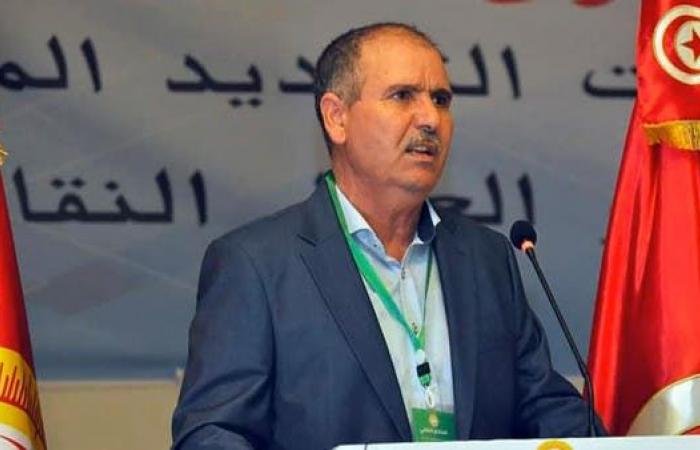 With the political future in Tunisia ambiguous after the actions of President Kais Saied, the Secretary-General of the General Labor Union, Noureddine Taboubi, considered today, Thursday, that the country is going through a period “very criticalBut he stressed the union’s ability to take it “to the shore of safety,” calling for early elections and the speedy appointment of a prime minister.

“We do not give a blank check,” he added in a speech published by the union on Facebook, indicating that there are fears that “the country will almost slip into the axes.”

We ask the President for clarifications

“We asked the president to provide clarifications regarding his vision for the next stage and the roadmap for getting out of the current situation,” he added.

He also stressed that the position of the Labor Union on the President of the Republic’s decision to take exceptional measures in order to avoid the country “many slips does not mean that it will accept any domination or injustice against anyone.”

Two weeks ago, the Tunisian president suspended parliament for a month and relieved Prime Minister Hicham Al-Mashishi of his duties and personally assumed the executive authority.

On several occasions since the decisions were announced, the president stressed his keenness to implement the law, and that his decisions came in accordance with the Tunisian constitution, never a coup against it, stressing that he did not deviate from the constitution and based his decisions on Article 80, which allows him to take measures in the event of danger. threatening the state.

These were the details of the news The Labor Union calls for early elections: Tunisia is in a... for this day. We hope that we have succeeded by giving you the full details and information. To follow all our news, you can subscribe to the alerts system or to one of our different systems to provide you with all that is new.