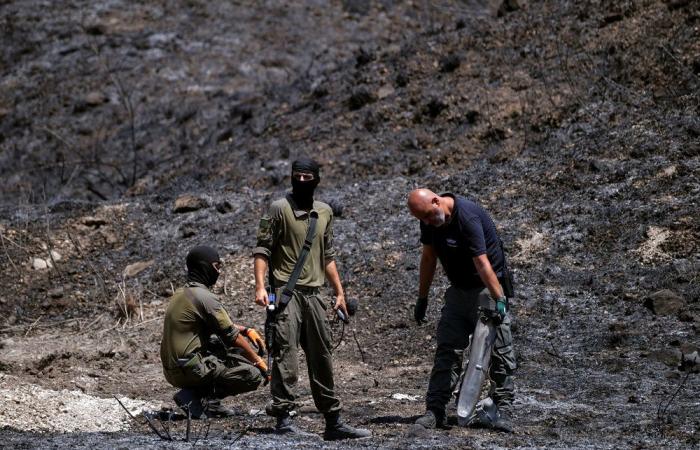 Hello and welcome to the details of Israeli aircraft strike rocket launch sites in Lebanon, says military and now with the details

Two rockets launched from Lebanon yesterday struck Israel, which responded with artillery fire amid heightened regional tensions over an alleged Iranian attack on an oil tanker in the Gulf last week.

There was no claim of responsibility for the rocket strike, launched from an area of south Lebanon under the sway of Iranian-backed Hezbollah guerrillas. There were no casualties.

In a further response to the rocket fire, the Israeli military said today that its “fighter jets struck the launch sites and infrastructure used for terror in Lebanon from which the rockets were launched.”

An additional target in the area that was a source of rocket fire in the past was also struck, the military said.

Hezbollah's Al-Manar TV said that Israeli warplanes had carried out two raids in the outskirts of the Lebanese town of Mahmudiya, about 12km (7.5 miles) from the Israeli border.

The border has been mostly quiet since Israel fought a 2006 war against Hezbollah, which has advanced rockets.

But small Palestinian factions in Lebanon have fired sporadically on Israel in the past, including two rockets launched towards Israel in July. ― Reuters

These were the details of the news Israeli aircraft strike rocket launch sites in Lebanon, says military for this day. We hope that we have succeeded by giving you the full details and information. To follow all our news, you can subscribe to the alerts system or to one of our different systems to provide you with all that is new.