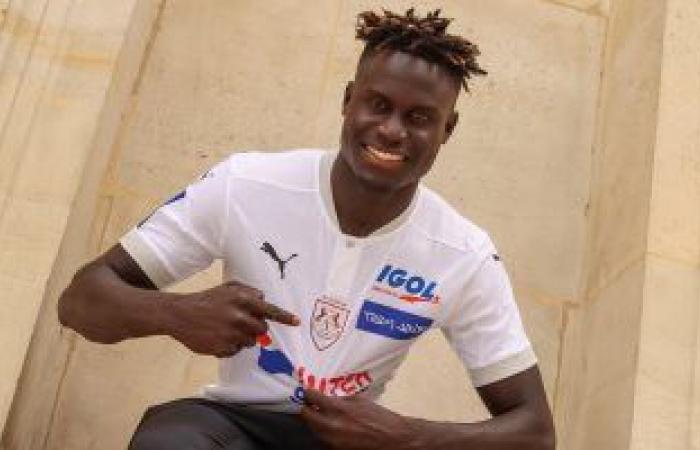 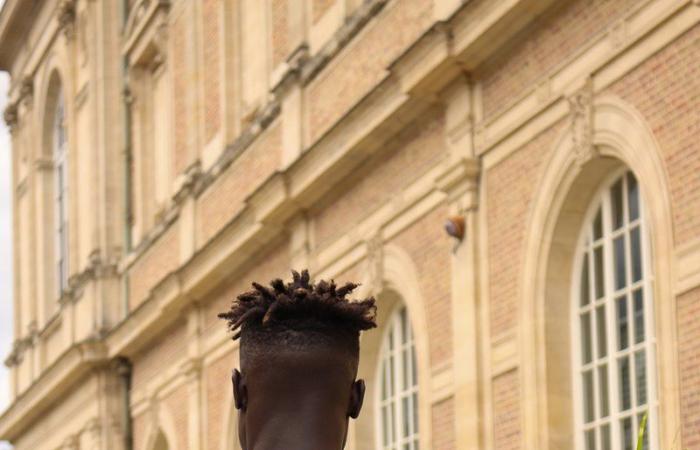 Al-Ahly striker Aliou Badji joined French club Amiens today, Wednesday, on loan until the end of the current season, and the French club announced that the loan contract includes an option to buy permanently next season.

And “The Seventh Day” learned that the Senegalese striker’s salary decreased significantly after his departure from Al-Ahly, as he would receive 3,000 dollars per week in his new club, equivalent to 144,000 dollars annually, in return for 800,000 dollars when he was a player in the ranks of Al-Ahly club after his transfer. For the team in January 2020 from Austrian club Rapid Vienna for 2 million euros, after which he moved to Ankara Gogo, Turkey, on loan and played with them for 6 months, scoring 3 goals in 13 games last season 2020/2021.

The French club confirmed in a statement on its official website today that the player will play for a year on loan from Al-Ahly, with an option to buy at the end of the season, and will wear the number 17 with the club that occupies the seventeenth place in the French second division, without a balance of points, after the defeat in The first two games.

In his statement, Amiens said: “We are pleased to announce the arrival of their new striker. Aliu joins the club on loan with an option to buy for the next season from Al-Ahly.“.

Badji is the third Senegalese in the squad this season .

These were the details of the news A significant decline in the salary of Badji, the Al-Ahly striker,... for this day. We hope that we have succeeded by giving you the full details and information. To follow all our news, you can subscribe to the alerts system or to one of our different systems to provide you with all that is new.