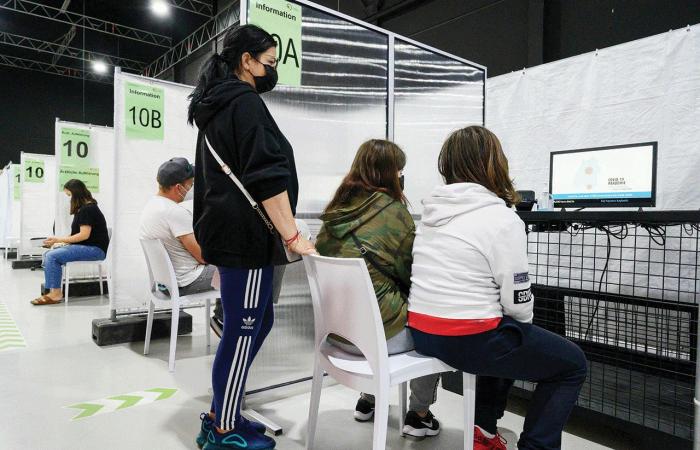 The outbreak of the escalating cases of the delta mutant of the Corona virus has raised concern in the world, even in China, which has proven very effective in responding to the Corona epidemic, as more than 300 cases of the delta mutant were detected in 10 days, which prompted the expansion of medical examinations to include millions and imposing travel restrictions on citizens in a number of provinces.

Is mutated delta more dangerous? A report published by the British “BBC” website concluded that there is no evidence that the delta mutation, or any of the other mutations, causes a more serious disease in the vast majority of people. As with the original virus, the risk remains higher in the elderly or those with chronic diseases.

However, if the mutant is more contagious, it could lead to more deaths among unvaccinated people. Vaccines provide high protection from severe diseases associated with “Corona”, including infections caused by worrying mutants, and vaccines reduce the risk of infection, but they are not ideal and do not completely eliminate all risks..

The basic advice to avoid infection remains the same for all mutants: wash your hands, keep your distance from others, put a mask on your face and keep ventilation.

There are thousands of different types, or mutants, of the coronavirus around the world. It appears that one of them, known as the delta mutant, which is spreading rapidly in many countries, including Britain, has become the dominant mutant causing most of the current infections. Viruses are constantly mutating, and most mutations seem illogical, some even harm the virus itself, but other mutations make the disease more contagious or threatening, and some mutations even tend to become dominant models.

All of the mutants of concern have undergone changes to the skeletal protein (the protein that forms the crown of thorns or the protrusions surrounding the virus), a portion of the virus that penetrates human cells..

The delta mutator contains some potentially important elements that could make it spread more easily. Officials in Britain say there is no evidence to suggest it causes more severe disease or could make existing vaccines less effective. It appears that one mutation, known as N501Y, shared by alpha, gamma and beta mutants, makes it easier for the virus to infect cells and spread.

According to the BBC report, the beta and gamma mutants contain a major genetic mutation or mutation known as E484KThe virus may help evade some of the body’s immune defenses. Experts have also detected a small number of cases of the alpha mutation containing this mutation.

Are vaccines still effective to protect against mutants? Experts say vaccines are still very effective in protecting humans and reducing the risk of severe infection. According to the BBC report, an analysis conducted by the Public Health Authority in Britain showed that the two-dose vaccine provides an efficacy of more than 90 percent, making people not go to hospital as a result of having a delta mutation..

However, a single dose was less effective in preventing delta mutation than it was against alpha..

Doctors say that it is necessary to get two doses of the vaccine to provide the highest degree of protection against current and emerging mutations.

Depending on how the virus mutants continue to evolve, a booster dose of the vaccine could likely provide protection for the elderly or those at clinical risk later in the year..

These were the details of the news Are “Corona” mutants more dangerous? – COVID-19 for this day. We hope that we have succeeded by giving you the full details and information. To follow all our news, you can subscribe to the alerts system or to one of our different systems to provide you with all that is new.