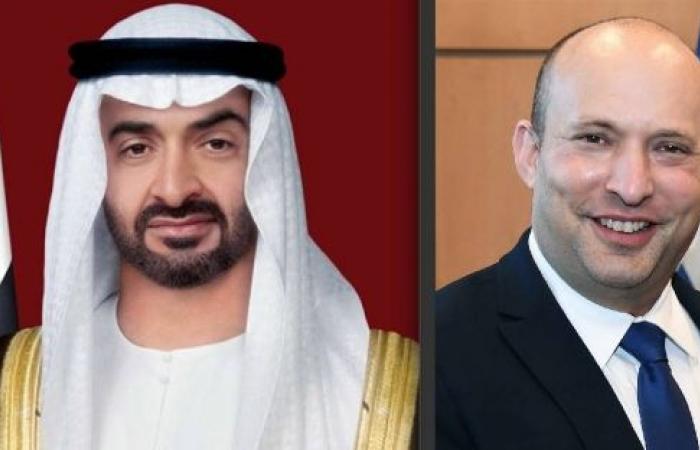 We show you our most important and recent visitors news details Israeli PM and Abu Dhabi crown prince hold talks over phone, seek to boost bilateral ties in the following article

During the call, they discussed ways to strengthen relations between the two countries and boost bilateral cooperation.

Abu Dhabi crown prince and the Israeli prime minister reviewed the developments of regional and international issues and topics, especially concerning the efforts to achieve peace and prosperity for the people of the region and the world at large.

The Israeli prime minister extended congratulations to Abu Dhabi's crown prince on the occasion of Eid Al-Adha and wished him good health. Bennett also wished for more progress and prosperity for the UAE and its people.

In turn, Sheikh Mohamed expressed his thanks and appreciation to the Israeli premier, wishing prosperity, peace and security on all mankind.

Sheikh Mohamed also congratulated Bennett on assuming the position of the prime minister of Israel, expressing his desire to work together for peace, stability, and development for the benefit of the region and all its people and the world at large. — SG

These were the details of the news Israeli PM and Abu Dhabi crown prince hold
talks over phone, seek to boost bilateral ties for this day. We hope that we have succeeded by giving you the full details and information. To follow all our news, you can subscribe to the alerts system or to one of our different systems to provide you with all that is new.