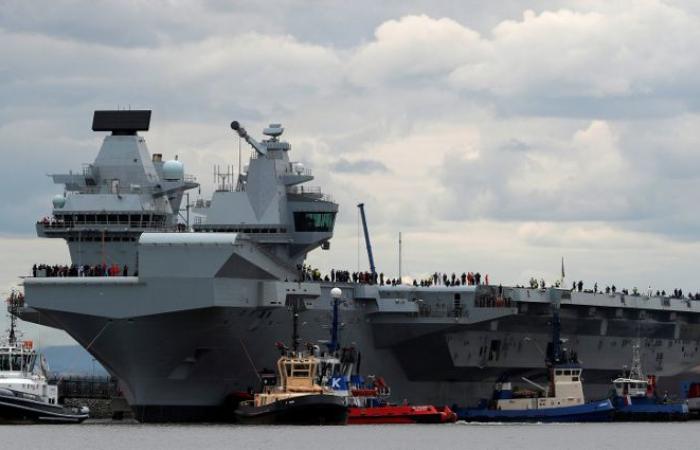 TOKYO, July 20 — Britain said today it would permanently deploy two warships in Asia after its Queen Elizabeth aircraft carrier arrives in Japan in September, traversing waters at the centre of tension between China, the United States and its ally Japan.

Plans for the high-profile visit by the carrier leading a Royal Navy flotilla come as London deepens security ties with Tokyo, which has expressed growing alarm in recent months over China’s territorial ambitions in the region, including Taiwan.

“Following on from the strike group’s inaugural deployment, the United Kingdom will permanently assign two ships in the region from later this year,” Britain’s Defence Minister Ben Wallace said in a joint announcement in Tokyo with his Japanese counterpart Nobuo Kishi.

After their arrival in Japan, Kishi said, the Queen Elizabeth and its escort ships would split up for separate port calls to key US and Japanese naval bases along the Japanese archipelago.

The British carrier, which is carrying F-35 stealth jets, will dock at Yokosuka, the home of Japan’s fleet command and the US Navy Seventh Fleet’s carrier, the USS Ronald Reagan. — Reuters

These were the details of the news Britain to permanently deploy two warships in Asian waters for this day. We hope that we have succeeded by giving you the full details and information. To follow all our news, you can subscribe to the alerts system or to one of our different systems to provide you with all that is new.