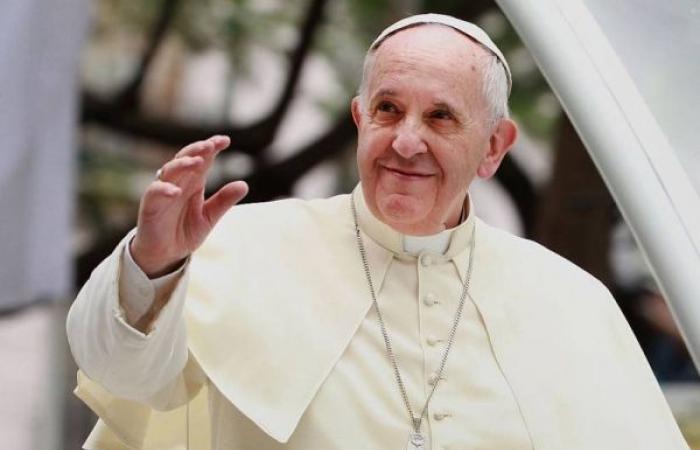 Bruni added that before returning to the Vatican, the Pope went to the Basilica of Saint Mary Major where in front of the icon of the Virgin Mary Salus Populi Romani -- he expressed his gratitude for the success of his surgery and offered a prayer for all the sick, especially those he had met during his stay in hospital.

Shortly before midday, he returned to Casa Santa Marta.

On Sunday, the 84-year-old conducted his weekly Angelus prayer from hospital — appearing publicly for the first time since his surgery a week earlier.

"I am happy to be able to keep the Sunday appointment of the Angelus, even here from the Gemelli Polyclinic," the Pope said at the time, speaking from a balcony of the hospital.

"In these days of being hospitalized, I've experienced once again how important good health care is, accessible to all, as it is in Italy and in other countries. A health care system that is free, that assures good service accessible to everyone," he said.

The procedure the pontiff underwent 10 days ago was "a scheduled surgical intervention for a symptomatic stenotic diverticulitis," according to a statement from the Holy See communications office at the time.

Diverticulitis is an inflammation caused when people develop small sacs in the walls of the colon.

The sacs or pouches are called diverticuli. It's usually symptomless, but can cause discomfort and, sometimes, bleeding.

It's a common condition affecting more than half of adults in the United States, according to the US National Institutes of Health, and is more common as people age. — CNN

These were the details of the news Pope Francis leaves hospital after undergoing surgery for this day. We hope that we have succeeded by giving you the full details and information. To follow all our news, you can subscribe to the alerts system or to one of our different systems to provide you with all that is new.