US warns Cubans away from sea crossings amid protests, but most cross on land 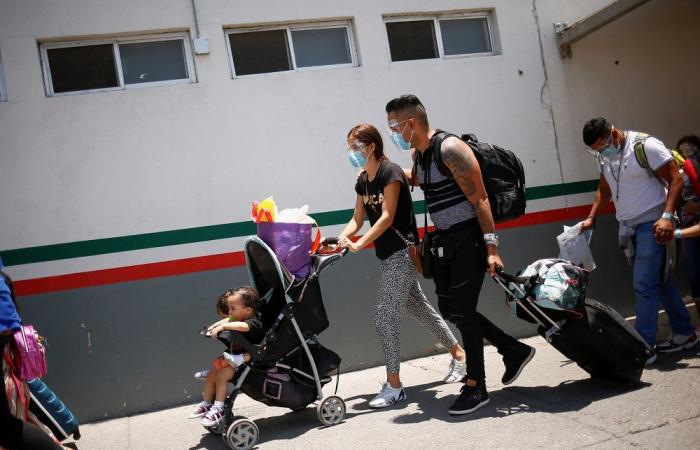 Hello and welcome to the details of US warns Cubans away from sea crossings amid protests, but most cross on land and now with the details

NEW YORK, July 14 — US Secretary of the Department of Homeland Security Alejandro Mayorkas on Monday told any migrants fleeing unrest in Cuba: “Let me be clear: If you take to the sea, you will not come to the United States.”

But Cuban migrants are largely flocking to the US-Mexico land border, not the US coast. And in a sharp break from his predecessor Donald Trump, President Joe Biden has been letting most in pending the outcome of their asylum applications, according to government data.

Since Biden took office in late January, the number of Cubans arriving at the US-Mexico border has risen sharply. This fiscal year through May, which began in October, border officials encountered more than 22,000 Cubans, the highest level in more than a decade.

US Customs and Border Protection data shows vividly the sharp contrast between the approaches of the Trump and Biden administration toward Cuban migrants.

In December 2020 — the last full month of Trump’s presidency — nearly two-thirds of all Cubans caught crossing the border were expelled to Mexico under a pandemic-related health order known as Title 42. By May of this year, the last month data is available, around 96 per cent of Cubans were allowed into the United States to reunite with US-based family members and seek legal status in immigration court.

The majority of Cuban migrants being allowed in are single adults, a notable development because Biden has continued to expel the vast majority of individual adults arriving from Central America and Mexico. He has made exceptions only for unaccompanied minors and most families.

The US Department of Homeland Security did not immediately respond to a request for comment.

Unrest on the island

In Cuba, thousands have joined recent protests in cities across the nation amid frustrations with widespread shortages of basic goods including medicine, power outages, rising prices and a surge in Covid-19 cases. Some demonstrators also called for political change. The Cuban government has blamed the shortages on US sanctions and says the United States has backed the opposition.

It is not yet clear whether the unrest could lead to even more people trying to flee the island. Mayorkas said in his press briefing that the United States has not seen an uptick in migration via sea.

“Any migrant intercepted at sea, regardless of their nationality, will not be permitted to enter the United States,” Mayorkas said. “This risk is not worth taking.”

He said 20 people have died in recent weeks during these voyages. The US Coast Guard recently sent two cutter boats to back up others in nearby waters off the coast of Haiti, which is also experiencing a political crisis following the assassination of its president. “Our priority is to preserve and save lives,” Mayorkas said.

US Republican Senator Marco Rubio voiced concerns this week an explosion in anti-government protests in Cuba could spark a return to the era of massive boatlifts of Cubans seeking refuge at US shores. Rubio, a Cuban-American representing Florida, raised the specter of the iconic Mariel boatlift in the 1980s and a 1994 surge in rafts leaving the island, saying on Twitter that the Cuban government could use the protests as an excuse to lift travel restrictions and spark another crisis at sea.

Pedro Ruiz, 51, who said he had to flee Cuba in 2016 because of his involvement in an opposition political party, encountered the stark difference between Trump and Biden policies on his journey to the United States.

Ruiz first escaped to Brazil, then discovered he could try for US asylum and headed to the US-Mexico border in 2019. But when he tried to cross, border agents sent him back to Mexico under a different Trump-era policy, known as the Migrant Protection Protocols, that forced migrants to wait in Mexico for US court hearings.

Ruiz was stuck in a shelter in the northern Mexican city of Ciudad Juarez for two years until Biden reversed the policy soon after he took office this year. Ruiz was finally allowed across the border in March to start a new life with his family in Miami while pursuing his asylum case.

“The only thing that Biden did was restore internationally protected asylum laws that Trump had violated,” said Ruiz in a phone interview. “That was the only change.” — Reuters

These were the details of the news US warns Cubans away from sea crossings amid protests, but most cross on land for this day. We hope that we have succeeded by giving you the full details and information. To follow all our news, you can subscribe to the alerts system or to one of our different systems to provide you with all that is new.