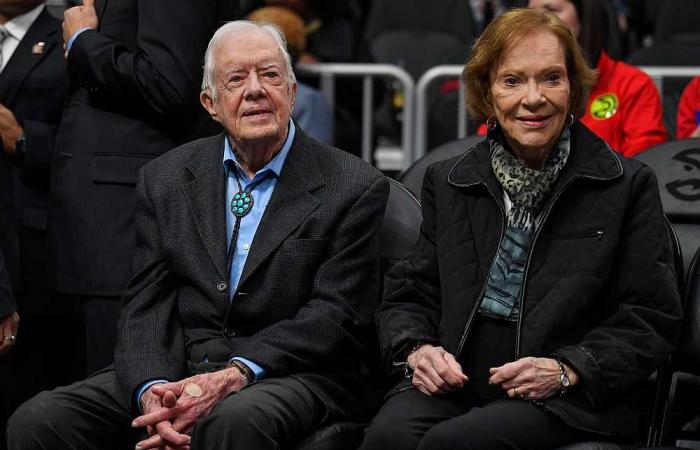 WASHINGTON, July 8 — Former US president Jimmy Carter presented his wife, Rosalynn, with a diamond pendant necklace as they celebrated their 75th wedding anniversary on Wednesday, a spokeswoman said.

“They had a quiet day at their residence in Plains, Georgia,” said Deanna Congileo, the communications director for the couple.

The Carters will host a reception on Saturday at the high school in Plains, the small Georgia town where they both grew up and have lived since he left the White House, Congileo added.

Jimmy Carter, 96, and Rosalynn Smith, 93, were married on July 7, 1946, after he attended the US Naval Academy and she graduated from Georgia Southwestern College.

Theirs is the longest presidential marriage in US history, eclipsing the 73 years of former president George HW Bush and his wife, Barbara.

In retirement, he founded the Carter Center dedicated to promoting human rights and conflict resolution, and was awarded the Nobel Peace Prize in 2002.

Carter taught Sunday school classes at a Baptist church in Plains until recently and also built houses for Habitat for Humanity.

He has experienced several recent health scares, including bouts with cancer.

In a 2015 interview with CNN, the Carters were asked what the secret was to the longevity of their marriage.

“First of all, it’s best to choose the right woman, which I did. And secondly, we give each other space to do our own things,” Jimmy Carter said.

“We try to be reconciled before we go to sleep at night, and try to find everything we can think of that we like to do together,” he added.

These were the details of the news Former US president Carter and wife celebrate 75th wedding anniversary for this day. We hope that we have succeeded by giving you the full details and information. To follow all our news, you can subscribe to the alerts system or to one of our different systems to provide you with all that is new.