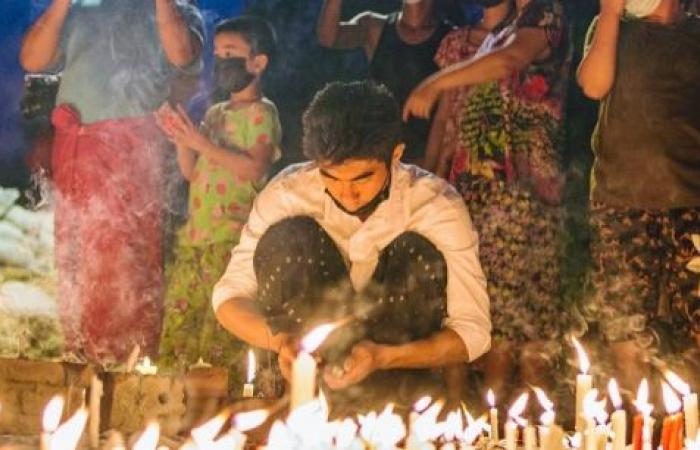 We show you our most important and recent visitors news details Myanmar slips from political crisis, to ‘multi-dimensional human rights catastrophe’ in the following article

Hind Al Soulia - Riyadh - GENEVA — What began as a coup by the Myanmar military has ‘rapidly morphed’ into an all-out attack against the civilian population that has become increasingly widespread and systematic, the UN High Commissioner for Human Rights warned on Tuesday.

Speaking at the 47th session of the Human Rights Council, Michelle Bachelet reiterated that the situation in the country has evolved from a political crisis in early February to a “multi-dimensional human rights catastrophe”, repeating a formulation she first used a month ago.

“Suffering and violence throughout the country are devastating prospects for sustainable development and raise the possibility of state failure or a broader civil war,” she cautioned.

Bachelet explained that the catastrophic developments since February have had a severe and wide-ranging impact on human rights, peace and security, and sustainable development.

“They are generating clear potential for massive insecurity, with fallout for the wider region.”

The UN High Commissioner urged the international community to stand united in pressuring the military to halt its continuing attacks on the people of Myanmar and return the country to democracy, reflecting the ‘clear will of the people’.

The UN must act

She said the UN system must not fail the country a second time,” she added, citing the 2019 review of UN action in the country, by Gert Rosenthal.

She also advised swift action to restore a working democracy before the human rights situation in the country deteriorates further.

“This should be reinforced by Security Council action. I urge all states to act immediately to give effect to the General Assembly's call to prevent the flow of arms into Myanmar,” Bachelet said.

Bachelet said COVID had had a ‘disastrous’ impact on an economy that relied on remittances, the garment industry and other sectors which have been devastated by the resultant global recession.

UN Agencies estimate that over 6 million people are severely in need of food aid and forecast that nearly half the population could fall into poverty by early 2022.

“A void has been opened for the most harmful — and criminal — forms of illicit economy to flourish,” she underscored.

Meanwhile, a countrywide general strike, combined with the widespread dismissal of civil servants — including educators and medical personnel — has cut off many essential services in the country.

Since Feb. 1, at least 240 attacks on health-care facilities, medical personnel, ambulances and patients have disabled COVID-19 testing, treatment and vaccination.

“We have also received multiple reports of enforced disappearances; brutal torture and deaths in custody; and the arrest of relatives or children in lieu of the person being sought,” she said.

Despite the repression, the UN High Commissioner indicated that the military leadership has not successfully secured control of Myanmar, nor won the international recognition it seeks.

“On the contrary, its brutal tactics have triggered a national uprising that has changed the political equation,” she said.

She added that people across the country continue peaceful protests despite the massive use of lethal force, including heavy weaponry, and a ‘civil disobedience movement has brought many military-controlled government structures to a standstill’.

Some people, in many parts of Myanmar, have taken up arms and formed self-protection groups. These newly formed groups have launched attacks in several locations, to which the security forces have responded with disproportionate force, she noted.

“I am concerned that this escalation in violence could have horrific consequences for civilians. All armed actors must respect and protect human rights and ensure that civilians and civilian structures such as health centers and schools are protected”.

“Any future democratic government in Myanmar must have the authority to exercise effective civilian control over the military. The international community should build upon the range of international accountability mechanisms already engaged, until transitional justice measures also become genuinely possible at the national level,” the High Commissioner concluded. — UN News

These were the details of the news Myanmar slips from political crisis, to ‘multi-dimensional human rights catastrophe’ for this day. We hope that we have succeeded by giving you the full details and information. To follow all our news, you can subscribe to the alerts system or to one of our different systems to provide you with all that is new. 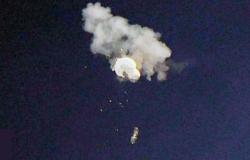 US shoots down China balloon airship over Atlantic 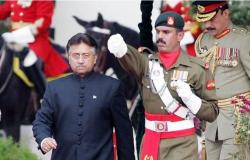