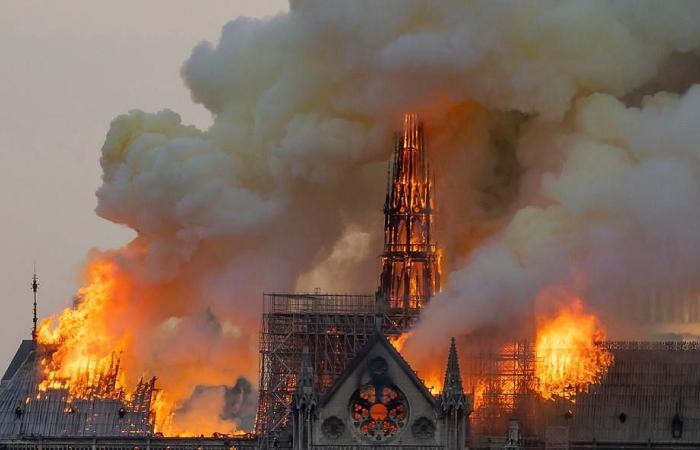 PARIS, July 6 — Paris city authorities and public health officials have been accused in a legal complaint of failing to safeguard the health of people living near Notre-Dame cathedral due to lead pollution caused by the fire that nearly destroyed the monument two years ago.

People living near the famed French cathedral, along with the Paris branch of the CGT trade union and the anti-pollution association Henri Pezerat, have filed the complaint alleging that public authorities endangered lives by failing to react to the risk of lead poisoning.

“Despite the scale of the fire and knowledge about the risk of pollution and contamination... no precaution in particular was taken by the authorities involved for more than three months after the fire,” the complaint says, according to a copy seen by AFP.

It says that 400 tonnes of lead in the roof of the Gothic masterpiece melted or were dispersed as microparticles over the French capital during the devastating blaze on April 15, 2019.

“Children (in creches and schools), neighbours and workers have clearly been exposed to the risk of lead exposure,” the complaint added. “These facts amount to the crime of endangering the lives of others.”

The square in front of the cathedral, which is being rebuilt, was closed again to the public in May this year after tests revealed high concentrations of toxic lead particles.

Several months after the fire, city authorities ordered a deep-clean of schools in areas close to the cathedral, while children and pregnant women living nearby were urged to have blood tests.

The complaint says that the city, run by Socialist mayor and presidential hopeful Anne Hidalgo, withheld information from school directors and failed to act promptly.

These were the details of the news Legal complaint over lead pollution from Notre Dame fire for this day. We hope that we have succeeded by giving you the full details and information. To follow all our news, you can subscribe to the alerts system or to one of our different systems to provide you with all that is new.