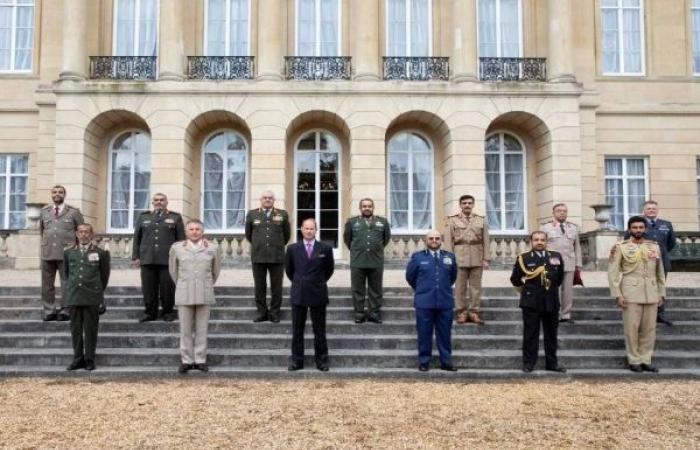 The Dragon Group, named after its first meeting aboard HMS Dragon in 2018, is an annual meeting of defense chiefs from the Middle East.

The meeting focused on regional trends as well as new capabilities to combat our shared threats.

Commenting on the meeting, the UK defense chief said that the meeting “was a tremendous opportunity to discuss common challenges, share best practice and take a view on how we chart a common approach to the future”.

“The UK armed forces hugely value our partnerships in the Middle East and we stand with our friends in seeking to create a stable and prosperous region,” he added.

Gen. Carter also said that the UK’s security relationships in the Gulf run deep that help us mount counter-terrorism, anti-piracy and counter-smuggling operations.

The UK’s Carrier Strike Group will soon enter the Middle East to further bolster our commitment to regional security, including carrying out operations against Daesh (the so-called IS) from Britain’s flagship aircraft carrier HMS Queen Elizabeth, Gen. Carter revealed.

The UK defense chief is also scheduled to host the inaugural bi-lateral Military Cooperation Committee meeting with his Saudi counterpart.

The Military Cooperation Committee is a forum for discussing military cooperation between Saudi Arabia and the United Kingdom, the UK government said in a press release.

These were the details of the news British defense chief discusses military cooperation with Mideast counterparts for this day. We hope that we have succeeded by giving you the full details and information. To follow all our news, you can subscribe to the alerts system or to one of our different systems to provide you with all that is new.