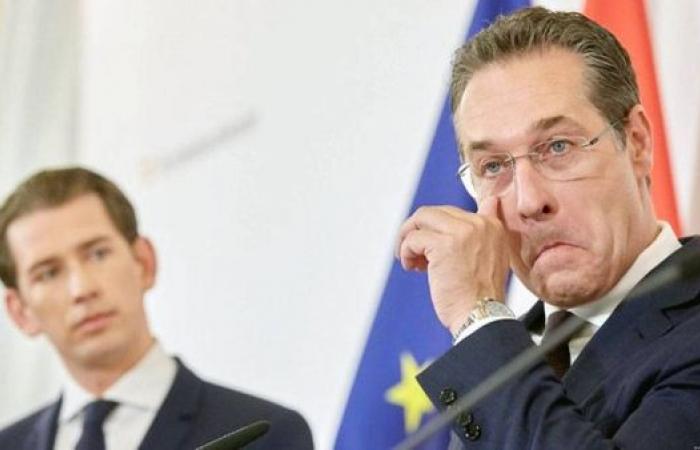 Hind Al Soulia - Riyadh - VIENNA — A former vice-chancellor of Austria is facing the start of a corruption trial on Tuesday, two years after the news of the so-called Ibiza-gate scandal broke.

Heinz-Christian Strache, the former leader of the extreme-right Austrian Freedom Party (FPO), was caught up in a sting in 2017 while on holiday in Ibiza in 2017.

Ahead of parliamentary elections, he had a drunken meeting there with a woman presenting herself as the rich niece of a Russian oligarch wishing to invest in Austria.

Strache offered to help finance his campaign in exchange for a promise to win public tenders if he were to enter the government.

He also asked him to take a stake in the country's most widely read tabloid, Kronen Zeitung, in order to change its editorial line to his advantage — a practice he said leader Viktor Orban had introduced in neighboring Hungary.

It was all caught on a hidden camera, with excerpts released to the media in 2019, bringing down the coalition government of which FPO was a part.

Strache is accused of intervening on behalf of an FPO donor. A dozen investigations have been opened by the public prosecutor’s office as a result of the video.

In the video the FPO leader claimed that billionaires and the Austrian gambling giant Novomatic were illegally financing the political class.

Those named denied any wrongdoing, while Strache blamed his statements on drink, saying he may have been drugged without his knowledge.

One of the alleged instigators of the video, a private investigator, has been arrested on drug charges.

After the collapse of the government, conservative Chancellor Sebastian Kurz returned to power by forging an unprecedented alliance with the Greens in January 2020. — Euronews

These were the details of the news Former Austrian vice-chancellor Heinz-Christian Strache faces corruption trial for this day. We hope that we have succeeded by giving you the full details and information. To follow all our news, you can subscribe to the alerts system or to one of our different systems to provide you with all that is new.