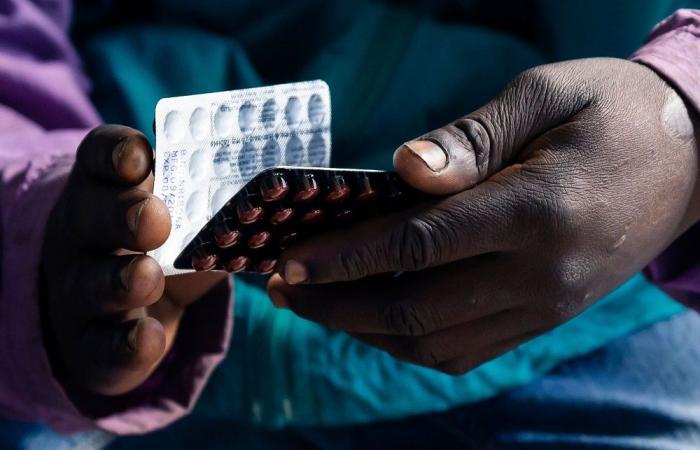 Hello and welcome to the details of HIV generic drug for babies distributed in Africa, says Unitaid and now with the details

Some 1.8 million children worldwide live with HIV, but only half receive any treatment, often hard to administer due to the bitter taste or incorrectly dosed by crushing adult pills. Some 100,000 children die of AIDS annually.

“With the recent delivery of the formulation in those 6 first countries, this project is now reality,” Verhoosel, who is visiting the United Arab Emirates, said of the initiative first announced last December.

He said this procurement is designed to kickstart demand and that major donors have “rapidly moved to sustainable onward procurement, which will enable national scale-up and widespread access for all eligible children at an unprecedented pace”.

The first-line HIV treatment is recommended by the World Health Organization from the age of four weeks and 3 kilos (6.6 pounds), but it had been out of reach for babies because of the lack of appropriate formulations.

Unitaid and CHAI had reached a pricing agreement with the generic drugmakers Viatris and Macleods for the dispersible pediatric formulation of dolutegravir.

The estimated cost for combination therapy will now be some US$120 (RM500) for a child’s annual treatment, against US$480 currently, making it a “game-changer” for poorer countries, Unitaid said.

These were the details of the news HIV generic drug for babies distributed in Africa, says Unitaid for this day. We hope that we have succeeded by giving you the full details and information. To follow all our news, you can subscribe to the alerts system or to one of our different systems to provide you with all that is new.