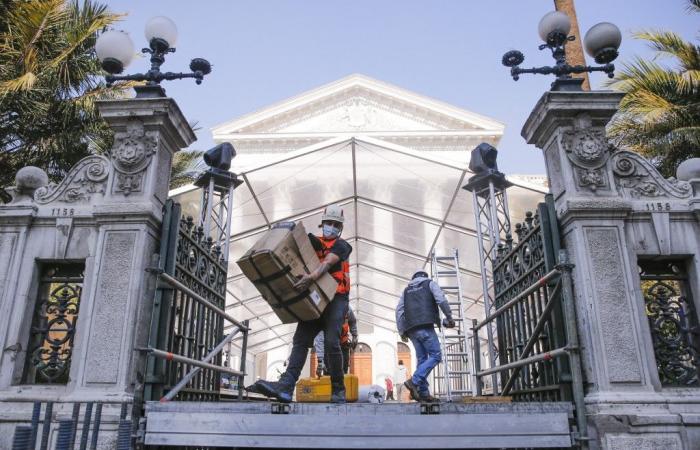 Hello and welcome to the details of Chile: Rocky road to a new constitution and now with the details

SANTIAGO (Chile), July 4 — Deadly protests over inequality that gripped Chile in 2019 triggered the worst crisis there since democracy was re-established in 1990 and sounded the death knell for its dictatorship-era constitution.

As the constitutional assembly starts work today to write a new founding law for the country, here is a timeline of the tumultuous last 20 months.

Protests in Chile’s capital, Santiago on October 18, 2019 against a rise in metro fares escalate into clashes between police and demonstrators angry at high levels of social inequality.

Soldiers are deployed in the city the next day for the first time since the end of the dictatorship of General Augusto Pinochet. A curfew is imposed as thousands bang pots and pans in the street.

As clashes, looting and vandalism continue, the state of emergency is extended to other regions.

Pinera apologizes and announces more social spending but a two-day general strike begins shortly afterwards and strikers call for the military to return to the barracks.

Some 1.2 million people take to the streets in Santiago on October 25.

The night-time curfew and state of emergency are lifted and Pinera reshuffles a third of his cabinet.

But the street movement continues.

In November, Chile gives up on hosting the APEC Asia Pacific economic summit and later the COP25 climate conference, because of the unrest.

The central bank is forced to twice inject billions of dollars to stop the fall of the peso.

In a breakthrough on November 15, lawmakers agree to a key opposition demand for a referendum on replacing the constitution.

Days later police suspend the use of rubber bullets which left hundreds of people with serious eye injuries.

The government follows this up in early December with a US$5.5 billion social plan, and a month later the president announces a reform of the health system.

After a period of calm punctuated by demonstrations every Friday in Santiago, new clashes in late January 2020 turn deadly, with four people killed.

Violence erupts again in late February at Vina del Mar near Valparaiso, and then in early March in several other towns.

The president announces a reform of the police.

Chile declares a “national disaster” in mid-March due to the pandemic, with protests paused and the referendum, originally scheduled for April, postponed to October.

The president carries out a fifth cabinet reshuffle.

Demonstrations resume as Santiago starts loosening its lockdown in mid-August.

Tens of thousands of Chileans demonstrate on the first anniversary of the protests in October, on a day that is marked by clashes and the torching of two churches.

A week later Chileans vote 79 per cent in the referendum for a new constitution to be drawn up.

Interior Minister Victor Perez resigns in November after being suspended by Congress due to police violence.

In late March 2021, Chile locks down four fifths of its population as the virus surges again. The election of the constituent assembly is put off to mid-May.

These were the details of the news Chile: Rocky road to a new constitution for this day. We hope that we have succeeded by giving you the full details and information. To follow all our news, you can subscribe to the alerts system or to one of our different systems to provide you with all that is new.