Ukrainian soldiers made to march in high heels during military parade 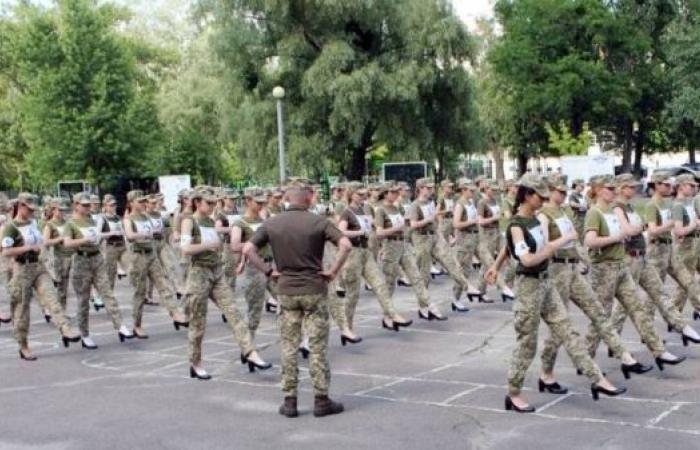 In the pictures, the female students of a military college are seen wearing military fatigues and black-heeled shoes, which even the cadets themselves admit are impractical.

"Today we are training in high heels for the first time. It is a little more difficult than in combat boots but we are doing our best," Ivanna Medvid told ArmiaInform, the news agency of the ministry.

The images sparked anger online in Ukraine and protests in the country's parliament,

One lawmaker, Inna Souvsoun, said the initiative was "a stupid idea" that embodied "stereotypes on the role of the woman as a pretty doll".

Olena Kondratiouk, deputy speaker of parliament, asked the authorities to apologize publicly for humiliating women who "defend the independence of Ukraine with arms in hand".

The march is being held on Aug. 24 to mark 30 years since Ukraine's independence.

Over 30,000 women serve in Ukraine's armed forces, including more than 4,100 officers. More than 13,500 Ukrainian women have fought against pro-Russian separatists in the east of the country since the outbreak of the deadly armed conflict seven years ago.

Earlier this year, a number of Ukrainian female soldiers spoke to Euronews about the difficulties of serving in a male-dominated military, including sexism and misogyny, but also sexual assault.

"There are things that women cannot so easily be allowed to do, like being on the frontline. Not all women are allowed to go there because a lot of men do not like it," one solider, Anastasia, said.

Hanna Hrytsenko, an independent researcher and part of the Invisible Battalion project in Ukraine, which researches women’s role in the military, said that traditional gender roles still exist.”

"People are accustomed to a certain life and don’t see that it needs to change," she said. — Euronews

These were the details of the news Ukrainian soldiers made to march in high heels during military parade for this day. We hope that we have succeeded by giving you the full details and information. To follow all our news, you can subscribe to the alerts system or to one of our different systems to provide you with all that is new.