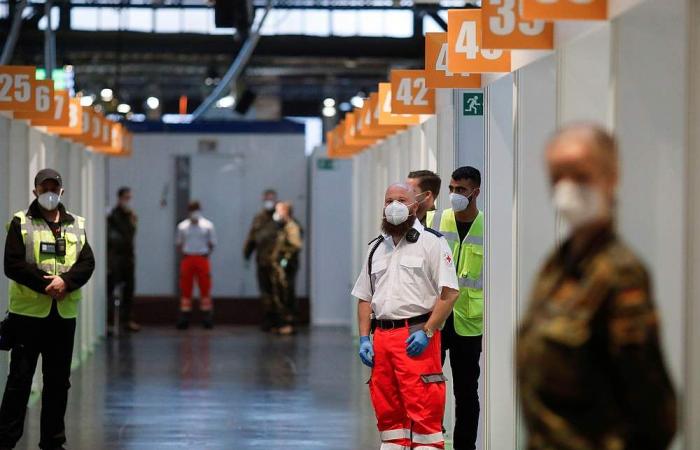 BERLIN, July 1 — The Delta variant of the coronavirus could be dominant in Germany in the next few days, meaning that current bans on most travellers from Britain or Portugal may be lifted, Health Minister Jens Spahn said today.

“I expect that in the course of July we will see Delta accounting for over 70 to 80 percent of infections in our country,” Spahn told a government press conference in Berlin.

The Robert Koch Institute (RKI) health agency reported yesterday that the Delta variant, first identified in India, already accounted for 37 per cent of infections in Germany the week to June 20.

The variant is expected to account for at least half of all new infections by this week, the experts said.

If the Delta variant becomes dominant in Germany, so-called coronavirus variant countries such as Britain and Portugal—from which most travel is currently banned—could be reclassified, Spahn said.

Given the increasing spread of Delta and research showing that full vaccination protects well against it, “we will look at the situation in the next few days”, Spahn said.

“If both of these things are confirmed, we will then be able to treat Portugal and the United Kingdom as high-incidence areas”, rather than variant countries, he said.

Only citizens and residents of Germany are permitted to enter from a variant country and are subject to a two-week quarantine, regardless of whether they are fully vaccinated or can provide a negative Covid-19 test.

By contrast, anyone can enter from a high-incidence country and can end their quarantine after five days with a negative test.

Despite the rising share of the Delta variant, the overall incidence in Germany has been steadily declining in recent weeks.

The RKI on Thursday reported 892 new cases in the past 24 hours and an incidence rate of 5.1 new infections per 100,000 people over the last seven days.

But across Europe, the number of new cases rose again last week after 10 weeks of decline, according to the World Health Organization.

Speaking in the European Parliament, European Central Bank chief Christine Lagarde also warned of the threat posed by virus variants to the economy.

“The nascent recovery still faces uncertainty, also due to the spread of virus mutations,” she said. — AFP

These were the details of the news Germany weighs new travel rules amid rise of Delta variant for this day. We hope that we have succeeded by giving you the full details and information. To follow all our news, you can subscribe to the alerts system or to one of our different systems to provide you with all that is new.